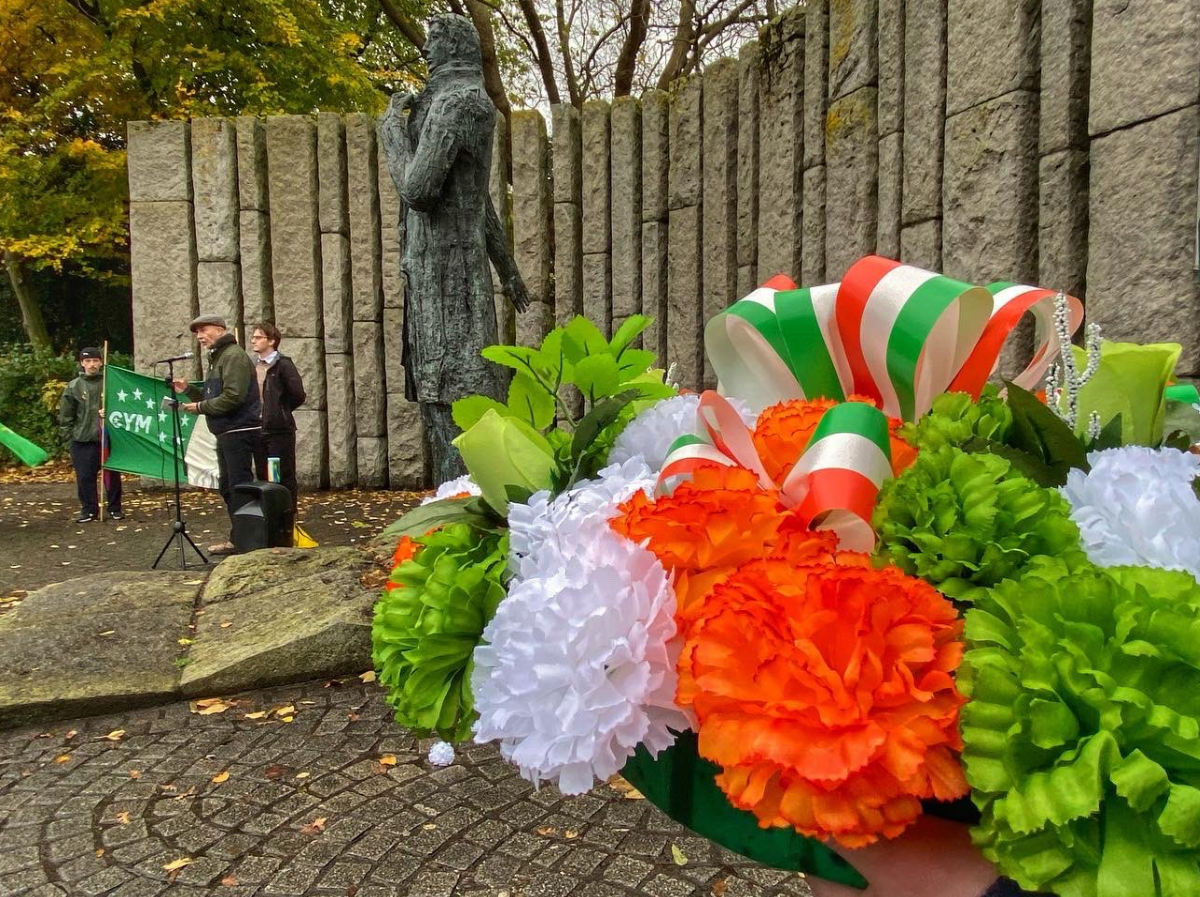 “On 26th November 2022 the Connolly Youth Movement held a commemoration for the 109th anniversary of the Irish Citizen Army. The Irish Citizen Army had made its first debut on the 23rd November 1913 at Fairview Park, and remains a cornerstone of Irish socialist and working-class history, and their vision of an Irish Socialist Republic remains the ambition of the CYM.”

“Much like with the breaking of looms, the breaking of a language becomes a necessity so as to better exploit an imperialised nation, whether that be by complete linguistic extinction or by marginalising a previously dominant language. There are three primary ways in which language presents an obstacle to imperialism.”

Despite Estonia trying to present itself as a social democratic, Scandinavian-style country open to all, at the heart of the culture and education system is a sympathetic relationship to fascism, stemming from the WWII period.

When the word imperialism is evoked, it seems strange to equivocate the term with a contemporary form of food production and this is what makes modern imperialism so effective. That is its ability to remain invisible or to go undetected. For the modern superpowers, and in the era of Pax Americana, this is largely how they operate, by using less direct methods in order to advance their nation’s particular geopolitical interests and to disguise these actions by using modern political or economic jargon such as “development”, “liberalisation” or “investment”.

“What is the significance of “Labour’s Bloody Sunday” for us today though? Ultimately, it is a lesson in the nature of the state, and the role of police. Both police forces in Ireland have carried on the tradition of their RIC ancestors.”

85 years ago today a war began that would result in the working men and women of the world leaving the comfort of their homes and travelling to the Iberian Peninsula where many sacrificed their lives in the fight to uphold the ideals of the Second Spanish Republic. The Spanish Civil War is often described as a warm-up for the Second World War; this is not only disingenuous but completely false. The conflict deserves its own place in history as a worker’s struggle, of solidarity and sacrifice against a foe whose interests lay at the antipode from that our class.

The deep-state, as described by the far-right, is one that functions independently of the will of the people and whose purpose it is to instigate and oversee political agendas that are, by design, malign, nefarious, and anti-Trump… As with most issues co-opted by the far-right their obsession with the shadowy cabal running Washington is too narrow and as we will see lacks the type of analysis necessary to properly elucidate important political subjects like the deep-state and what its purpose came to be as it evolved as a phenomenon peculiar to the American capitalist system.

Today, we commemorate the passing of Peadar O’Donnell, a man who dedicated his life to the cause of socialist-republicanism. While there is far too much to cover in such a short space, we will try to touch on the highlights.

The history of the United States has long been supported by foundational myths, but behind these myths lie the dark reality of a state founded on racism and colonialism. Unless a complete overhaul of US society is accomplished, the land of fables is doomed.