Often the word authoritarian is  thrown about freely by contemporary anti-communists, liberals, fascists or social democrats–to describe communist governments and organisations. What is often glossed over is the fact that reactionary politics often views authority and democracy as diametrically opposed to one another. The authority of a communist party is viewed through a narrow lens which attempts to remove any evidence of democracy in the communist movement. Communist organisation and theory is not engaged with and authority is viewed as the sole means of governance and organisation in the communist movement. When the liberal decries that socialist nations were/are led by authoritarian governments they are ignoring the democratic reality of the state in question.

Western intellectuals will usually point to the writings of Eugene Kamenka, Hannah Arendt, Karl Popper, Isaiah Berlin et al in an attempt to justify their anti-communist propaganda and their seemingly immeasurable pile of liberal distortions. These philosophers often appealed to a vague notion of freedom and liberty, defined in a way that framed liberalism as superior to socialism. When one examines these works with a truly critical eye it is clear that the conclusions and assumptions drawn by these so-called philosophers are baseless and exist not in the real world but in the abstraction of their imaginations.

These theorists, who are all rushing to denounce communism and equate it to fascism contradict each other. In their view, the USSR and the PRC are continuations of the brutal empires of the Tsar and the Kuomintang – “Stalin’s Russia and Mao’s China have been seen as displaying significant continuity with the traditional empires they displaced” – and also revolutionary states that completely dismantled their predecessors – “Soviet power…came from a revolution that had completely overthrown the tsarist regime, expropriated the old rulers, and radically transformed the social and economic bases of the country, both nationalizing the economy and creating a new managerial layer”.

According to these intellectuals, communist movements reject plurality of thinking, civil society, creativity and freedom in favour of “imposing their will on society” and “organising the masses in the interest of evil.” Isaiah Berlin outlined that “civilization cannot advance; the truth will not, for lack of a free market in ideas, come to light; there will be no scope for spontaneity, originality, genius, for mental energy, for moral courage. Society will be crushed by the weight of ‘collective mediocrity’”. Therefore, the rational anti-communist would conclude that communist movements and countries led by a communist party would inevitably be crushed under the weight of their own collective mediocrity, doomed to scientific and artistic failure and lacking in moral courage.

How then could the communist movement, both in the past and present, be so successful despite the presence of   Western imperialism and invasion? Communist parties that gained power did so through immense courage against the developed, imperialist forces of Japan, the US, France, Germany and Britain. The Soviet Union developed the first successful orbital satellite and breathed new life into modernist art and architecture, for example.  Cuba, a country with a far smaller GDP per capita than the EU and US, has a superior healthcare system for its citizens and education for every citizen. Vietnam has responded superbly to the Covid-19 pandemic. These countries and China have been very successful in combatting Covid-19 and the “free” world has failed so miserably and has allowed so many to die. In the United States alone, over 500,000 people have died. The reality is that these experts have not the slightest interest in the very subject they are supposed to be studying. They have no idea what socialism actually is so nobody should accept the definitions they produce regarding it. Indeed, Isaiah Berlin explicitly affirmed that he is “not a historian, and so cannot speak with authority.”

When you look at  parties like Fine Gael, Fianna Fáil or the Tories, it becomes clear that their organisation is undemocratic in comparison to those of the communist parties of Cuba, China and Vietnam. Fine Gael alone in Ireland has recently weathered many scandals that in an accountable system would have led to recall from office.  Party decisions in Western governments are mandated solely by the party leadership and the capitalist lobbies. Decisions in communist parties are proposed at a branch and sub-committee. Then, they are voted on by the party membership and once proposals achieve a democratic majority they are mandated by the Party in unison. This is called democratic centralism, so authority of Communist Party rests upon a democratic mandate. Thus, when a communist party makes a decision deemed to be, according to a liberal, authoritarian or when it appears as though the authority of a communist party is unquestioned in their respective nations; it is because the authority is mandated by the democratic will of the working classes of that nation. That is why a revolutionary worker will agree to restrictive measures upon the capitalist class and reject bourgeois nonsense. That is not authoritarian, that is  democratic and revolutionary. The powerless are given power, and authority is inverted to serve the interests of the worker. The reason Western liberals fear communist authority is because they are working against the interests of the working class and working for those of the oppressor.

Carl Friedrich wrote that a totalitarian party is one with “a totalist ideology, a party reinforced by a…police and monopoly control of…industrial mass society”. That is exactly what the party of the capitalist class in any capitalist nation is. It controls industrial mass society and the government of the capitalist nation and the working class are given no say. In an Irish context, this can be seen with Fianna Fáil and Fine Gael always being in power.  Liberalism, pretends to be a pluralist, open and humanitarian ideology. However, it is a destructive and totalist ideology that allows for no escape or alternative. Berlin wrote toward the end of his life that “liberal democracy…[was] spreading”, Kamenka has highlighted that many “anti-totalitarians are now the rulers of their country”; this points to the reality which underlies anti-communism.

Ultimately, it is a liberal propagandist’s tool in the unjust war on communism, used to justify the suffering of socialist nations caused by the imperial core in its economic sanctions and wars against them. The “anti-totalitarians” of the former Eastern Bloc achieve parliamentary majorities because the average voter turnout in Eastern Europe has hovered just under 60% since the late 1990s. That means  over 40% of the electorate does not decide who the government is. Voter turnout has decreased in Ireland alongside increased disillusionment with the capitalist system, but various limitations have prevented this from as of yet emerging into a revolutionary consciousness. This demonstrates the lack of participation and faith people have in their governments now, despite the development of ‘liberal democracy’ in Eastern Europe and elsewhere. The task of communists now is to give focus to this disillusionment along revolutionary-scientific lines, and rejecting the false consciousness of “communist totalitarianism” is a crucial step. 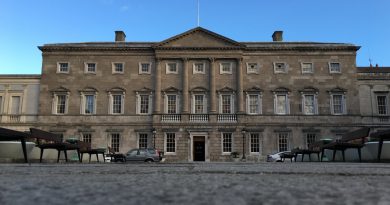 The Haunted Halls of Parliaments 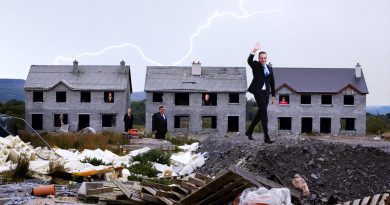 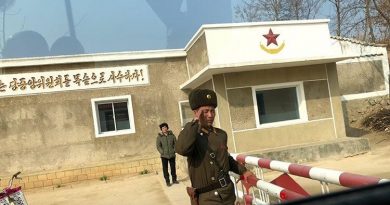