85 years ago today a war began that would result in the working men and women of the world leaving the comfort of their homes and travelling to the Iberian Peninsula where many sacrificed their lives in the fight to uphold the ideals of the Second Spanish Republic. The Spanish Civil War is often described as a warm-up for the Second World War; this is not only disingenuous but completely false. The conflict deserves its own place in history as a worker’s struggle, of solidarity and sacrifice against a foe whose interests lay at the antipode from that our class.

The story of the International Brigades is widely known but when one steps back to take a look at the sheer numbers involved it paints quite the picture. 59,000 International Brigadistas from at least 18 different countries flocked to defend the republic. General Franco and his Ejército de África, the detachment of the Spanish Army who, under Franco’s control, launched the Civil War on the Nationalist side from their garrison in Spanish Morocco. Although Franco received huge amounts of aid from the fascist powers of Europe, the International Brigades fought valiantly, dragging what the Falangists thought would be a swift coup d’etat into a three year long civil war.

From Ireland, many stalwarts of the Irish Communist movement made the trip to Spain. Peadar O’Donnell, Michael O’Riordan and Frank Ryan were but a few who found themselves in Spain from 1936-1939. The majority of the Irish volunteers found themselves fighting with the Connolly Column, a regiment of the XV International Brigade, of which Ryan led. Due to the relatively close proximity to the guerrilla conflicts on home soil the former Irish Republican Army volunteers did not arrive on the frontlines ill prepared or naïve to the conditions in which they would soon find themselves. The journey would take the Connolly Column from Ireland to Albacete, the de-facto base of the International Brigades, via Perpignan and the Pyrenees, reaching their destination by December 1936. In their first few months the Irish Brigadistas found themselves fighting alongside the mainly French XII Brigade to successfully repel a Nationalist offensive in Córdoba. They would then go on to fight in the early days of the Battle of Madrid unfortunately suffering many casualties.

The Irish volunteers of the XV International Brigade were of course not the only ones who left the island to fight in Spain. Eoin O’Duffy, of Fine Gael fame, mustered 700 troops into his ‘Irish Brigade’ to fight alongside General Franco in what they claim was religiously motivated in defence of the Catholic Church. In reality O’Duffy’s band of blueshirts were overtly fascist group who were delusional in fighting against their own class interests in many respects. There are no heroic tales of the so called Irish Brigade akin to the likes of Charlie Donnelly or Frank Conroy because to put it quite simply, they were not very good. Franco himself had little to no time for O’Duffy and his men, who were more often than not a hindrance to his Falangist cause, with one Spanish colonel declaring that, “the stretch of front they occupy in attack or defence will never be safe”.

The history of the Spanish Civil War is a history of the ordinary men and women of the world. Ordinary people who fought valiantly against an often militarily superior foe going toe to toe with the might of Franco, Hitler and Mussolini for three years. The conditions they found themselves in on the streets of Barcelona & Madrid, on the banks of the Jarama and in the hills of Basque Country would strike fear into most. The misery witnessed pushing them to their limits. They say even the olive were bleeding.

The motives of the International Brigadistas are as relevant today as they were in 1936. The cause they fought for is still as relevant today. The message they sent to General Franco and his Fascist thugs is the same message that we continue send to the anyone who attempts to spout the rhetoric seen in Europe in the 20th century. ¡No Pasarán! 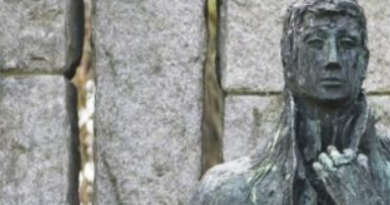 Letters from Afar: An Interview with Anakbayan