Firstly, In Lenin’s Imperialism, he describes how capitalism concentrates capital down to a handful of monopolies. These monopolies supersede the state, politics becomes their plaything. They can “coup whoever we want”, as Musk recently stated. In Bolivia, the democratically elected socialist government was coup’d by a far-right, military dictatorship backed by the US and Musk. Why? Bolivia is naturally rich in the lithium needed for Musk’s Tesla car batteries. The rightful government was overthrown so that capitalists like Musk can access cheaper lithium. Green capitalism is proving just as reckless and founded on human suffering and political repression as its classic iteration. Politics is their plaything.

Secondly, in addition to an imperial acquisition of lithium stocks for US markets, Bolivia’s growing trade relationship with China was a cause for great concern for the US. The Bolivian government under Morales entered into a trade deal with a Chinese company whereby Bolivia would nationalise 51% of lithium profits, China acquiring and investing in the remainder. Morales at the time said that he “would like Bolivia to become the door that guarantees the presence of China in Latin America”. This deal was then reneged upon by the coup leader Áñez in favour of a new deal which was originally a single-digit profit sharing venture, later increased to a mere 11% after serious uproar and protest. The US-backed coup was installed in large part to hinder the development of Latin-Chinese relationships, an alliance that could weaken Latin America’s reliance on the US while strengthening China’s ties, the US’s mortal enemy du jour​​, in the region.

Thirdly, we see the continuation of the US’ foreign policy in Latin America, and the world more broadly. Why does socialism “fail”? Because the US never lets it succeed. Another socialist system was overthrown, this time in Bolivia, by US interests. Add Honduras, Nicaragua, Venezuela and Cuba (although they’ve been able to withstand it) to that list and you’ll notice a pattern. From the early 19th Century to John Bolton in the present day, the US has maintained the Monroe Doctrine in Latin America, the US belief that the Americas are theirs to do with as they see fit. ​ The United States’ foreign policy,​ particularly in the Global South since the Cold War, and also before, is a brutal one that will stop the people exerting their right to self-determination wherever it may crop up; add the Eastern Bloc, Vietnam, China, Korea, Laos and Indonesia to that list. The strategy they developed for crushing these socialist experiments in the Global South is called The Jakarta Method, after their coup strategies developed in Indonesia. Radical Reflections has a great podcast episode discussing it, available here.

This is why being an anti-imperialist is a prerequisite for any socialist. That’s why Bolivia is so important. Not only is it the perfect encapsulation of why we are anti-imperialist and anti-capitalist, but now the socialists won. After year-long strikes, union action and protests, the coup government gave into the peoples’ demand for an open, free and fair election to return the rightful government. They won. The Bolivian people stood up to US Imperialism and fascism and said “not here, not today”. It remains to be seen how the forces of imperialism and reaction will respond in the coming weeks and months, but for now, we celebrate with the Bolivian people in their victory over the forces of imperialism. ¡Hasta la victoria siempre, comrades! A victory for the people anywhere is a victory for the people everywhere. 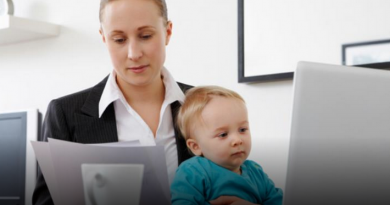 The Yellow Vests are Selling Out to the Far Right