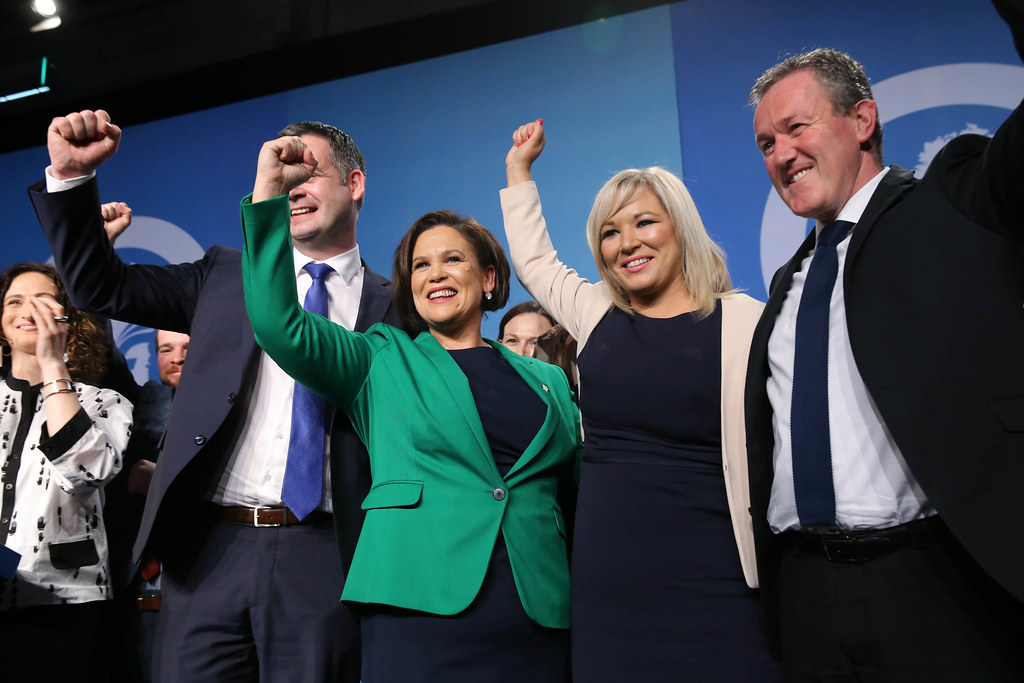 In the most recent general election in the 26 counties of Ireland Sinn Féin gained a total of 15 seats on their previously held 22 seats, taking them to a total of 37. Furthermore, they received 24.5% of first preference votes, nothing to scoff at. Until recently, voting in Ireland was extremely familial – if your dad voted for Fianna Fáil, so would you. However, this has begun to shift dramatically. There has been much in the way of speculation as to why the election produced the results it did, according to Irish Times’ Fintan O’Toole, for example, this was some nationalistic move, akin to Donald Trump’s success. Sinn Féin’s own explanation is that it was a rejection of the two “establishment” centre-right parties. However if this is the case, one must ask, why did Fianna Fáil return one seat more than Sinn Féin? Here’s an alternative analysis.

An Irish Times poll concluded that the most important issues to the 2020 electorate were health (40%) and housing (32%). Here we can see the working class of Ireland recognise their position, they can see very clearly the problems capitalism produces, namely, the health and housing crises. Here Sinn Féin had the opportunity to exploit the gap in anti-austerity politics that Fine Gael and Fianna Fáil structurally support. Sinn Féin campaigned on a “new Ireland”, an Ireland with universal healthcare, plenty of social (note that they say social, not public) housing, and while these policies would improve the material conditions of the working class, it must be understood that these changes will go as fast as they came when a further right wing government gets into power again.

A party which strives at reform of the capitalist system with no serious commitment to its end, reform, not revolution. The first significant problem with this position is that as we saw in Britain, these reforms will be torn down faster than they were brought in, as was done by Thatcher’s government. Secondly, it does nothing to challenge the rife exploitation of workers inherent to capitalism, because of social democracy’s inherent spinelessness, it merely seeks to make our chains softer, rather than break them as socialism does. This is clear through their austerity, their administration of British rule in Ireland, their encouragement of young people to join the colonial PSNI-RUC, their rejection of pay parity to nurses (until public and union pressure forced their hand), their members and MLAs buying up large swathes of west Belfast, the area with the highest child poverty in Europe, to extract profit and their inaction on anti-trade union legislation in the north. I have here outlined why Sinn Féin is not the solution to our current problems faces in Ireland, though I am not a nihilist in this situation, while we as communists reject electoralism, we must instead, agitate in the workplace and the home place, we must educate our peers, family, friends and co-workers on the situation in Ireland under capitalism and the science of Marxism Leninism which will overthrow it and we must organise in trade and tenants unions, the working class will advance and protect their interests against the ongoing attacks by the state and the capitalist class. This is how our class will win victory in the red decade of the 2020s.