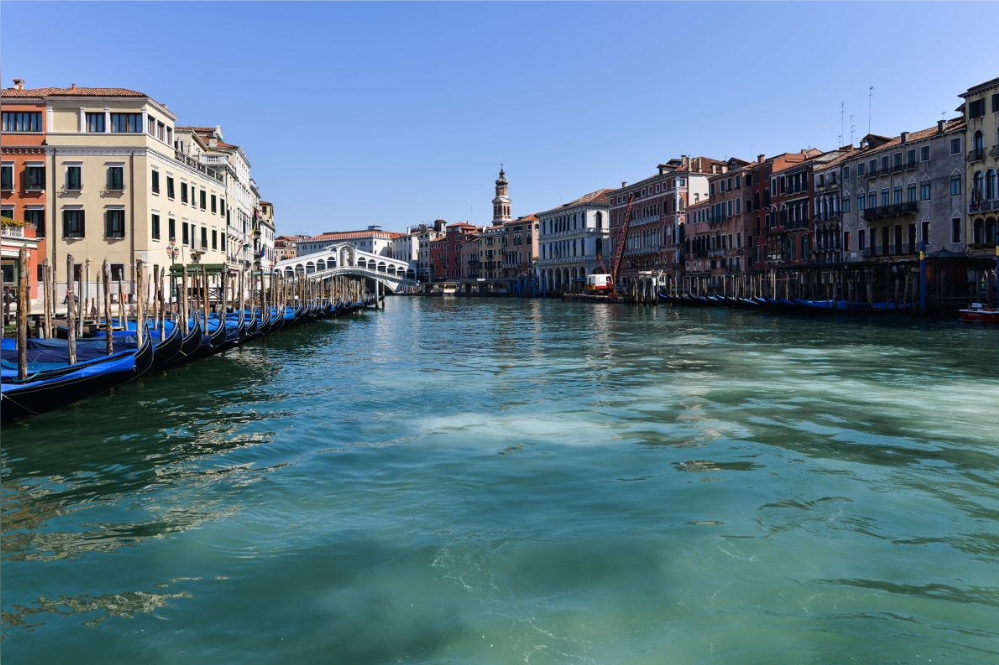 No, dolphins have not traveled to Venice to watch 12,000 Italians die of a pandemic, elephants haven’t broken into gardens to get drunk off wine in China and no, the environment isn’t benefiting from humans struggling with Covid-19.

Recently hitting one million likes on Twitter, one tweet, from a woman based in New Delhi, India, @ikaveri spread a rumour about swans and fish returning to the canals of Venice, not long after a pandemic lockdown was enacted in the area. When journalists from National Geographic confronted her about the misinformation, she said she just saw some photos online and put them together in a tweet. “I wish there was an edit option on Twitter just for moments like this,” she said, even though she has yet to delete the post, “it’s a personal record for me, and I would not like to delete it.” The tweet is currently pinned to the top of her page.

This, along with a barrage of similarly debunked pieces made front page news throughout the world and have successfully pushed the idea that a cull of human beings is what the animal kingdom truly needs. Yet there is no separation of human and animal existence and it’s important we bin that dated mindset because in a lot of cases in 2020, animals need us more than we need them.

In Thailand, for example, groups of rhesus monkeys have turned to fighting each other and attacking locals due to their primary food source, scraps from tourists, disappear overnight as the country is locked down. Pigeons in Spain and Sika deer in Japan have followed similar behavour for the same reasons and are traveling away from habitats towards more dangerous towns and cities in search of food.

We’re not just generous tourists though, our sapient species has a beautiful history of protecting nature, like bringing animals back from the brink of extinction like steller sea lions, island night lizards, gray wolves and white rhinoceroses or saving thousands of creatures from areas hit by natural disasters. Millions of those pesky humans have also changed their diet to one that harms the least amount of animals, the number of vegans in Britain quadrupled between 2014 and 2019, they’ve also gotten arrested for protesting against fur and they’ve shut down blood sports and hunting in large sections of the world. Plus, just 3 months ago, we celebrated hundreds of people who put their time and resources into saving as many creatures as possible from wildfires in Australia.

It’s difficult to know which nature reserves, sanctuaries and publicly funded bodies will be hit the hardest following the Coronavirus pandemic, and the expected economic hangover, but one thing is certain, the number of human beings on this planet has absolutely nothing to do with it.

Some are calling the crisis a cleanse of the planet, that because it disproportionately affects older people, it’s the Earth’s revenge against ‘boomers’ and that humanity really needed to ‘check itself’ or let the planet breathe. While they’ve denied any association to stickers claiming ‘Corona is the cure, humans are the disease’, Extinction Rebellion’s followers seem to be taking the name of the organisation all too seriously as they celebrate the reduction of the human population. The establishment narrative has been blaming ‘overpopulation’ since the 1800s when Thomas Malthus popularised a belief, steeped in racism, that the planet couldn’t sustain any more people – long before a climate crisis was even considered. This was debunked pretty soon afterwards with developments in agriculture, yet here we see it again peddled for the same reason as it was back then, to distract from our reality: Humanity isn’t the disease, Capitalism is.

“Let us not flatter ourselves overmuch on account of our human victories over nature. For each such victory nature takes its revenge on us.”
The Part Played by Labour in the Transition from Ape to Man, Friedrich Engels, 1876

However, lockdowns across the world have had positive affects on the environment, there’s no doubt about it. Nitrogen dioxide in the atmosphere has significantly dropped. According to the World Health Organisation, air pollution kills about 4.2 million people a year, a number which some experts are predicting a drop in due to lockdowns. Plus, reductions in noise pollution in urban areas and the oceans should see stress levels of birds and marine creatures, which impacts reproductive success, dramatically decrease. However, barely any of these things are caused by your average person, can be solved by your average person or can be improved by increased deaths of your average person.

Just 100 companies are responsible for 71% of global emissions. Shipping is responsible for 18-30% of all the world’s nitrogen oxide. CO2 output from shipping is twice as much as airlines. The privatisation of land, power, waste management, water infrastructures, forests, fisheries, transport and resources has time and time again proven disastrous for both, local ecology and public health. Fast Fashion, which makes clothes more affordable using sweatshops and international shipping, is the second-largest consumer of the world’s water supply. First place goes to agriculture: livestock account for about 40 percent of global emissions, mineral fertilizers for 16 percent and biomass burning and crop residues for about 18 percent. Those claiming the planet is improved by a reduction in the population, should be in full support of capitalism which is killing more each year than any virus could ever hope to. We’re seeing pollution decrease because capitalism and free trade is essentially frozen in time – it has nothing do with population numbers.

If Dolphins and marine life hold a particular place in your heart, and had you sharing images of a desolate Italian city, read this 2016 Irish Whale and Dolphin Group report. They’ve seen a dramatic increase in marine mammals washed up on Irish shores, from 7 in 2003 to 28 in 2016;

‘Some of the biggest factory trawlers in the world are fishing west of Ireland. So who will take responsibility for monitoring these vessels? BIM reports sent to Europe under the Bycatch Regulation (which requires member states to monitor certain fisheries), suggest a minimal bycatch of cetaceans from pelagic trawling, something that our data strongly disagrees with, but BIM observer trials only extends to Irish registered vessels. It seems cruelly ironic that in the 25th anniversary year of Irish waters being designated a ‘Whale and Dolphin Sanctuary’, that we should see the worst record of common dolphin deaths ever recorded.’

A toxic cocktail of fear mongering, unregulated media and anxiety has created a contagion of misinformation and terror, which could have an even worse outcome than the actual pandemic which healthcare workers are battling as you read this. It may seem like harmless click-bait or attention seeking social media but here lies an eco-fascist agenda underneath which propagates anything and everything, other than the truth. If you feel like mother earth is overdue a breath of fresh air, help release her, and her creatures, from the chains of exploitation, consumption and profit.