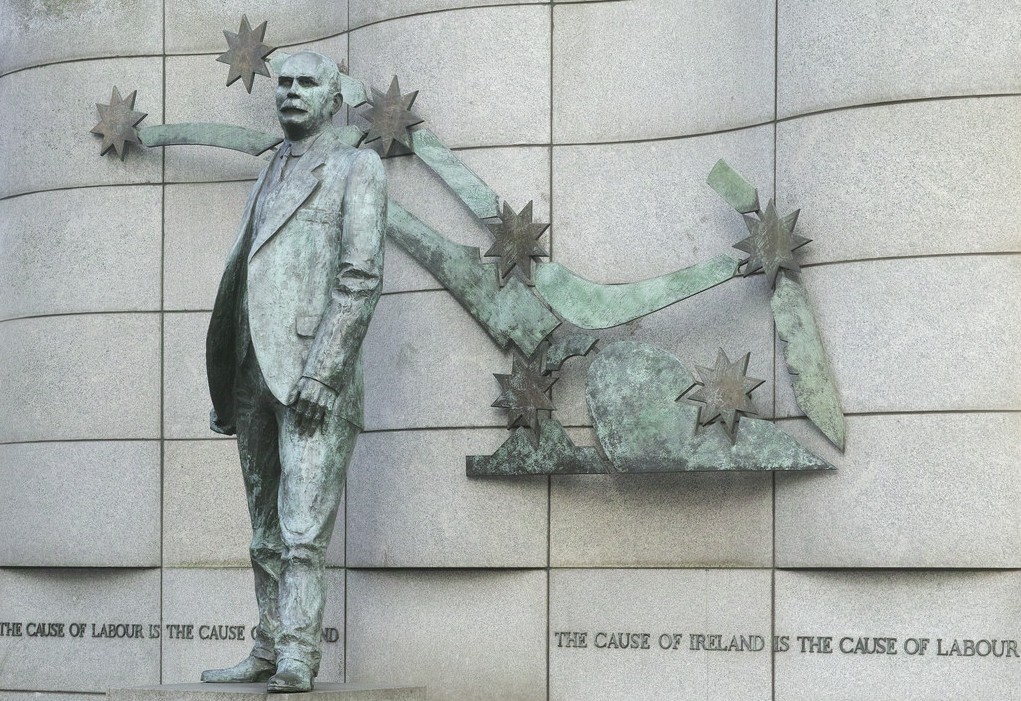 This speech was originally given at the annual Dublin branch commemoration of James Connolly’s execution on 14 May.

Dia daoibh a chairde. Thank you for being here this morning to honour the life, and remember the execution of our organisation’s namesake: James Connolly.

Why Connolly? Of all the Irish republican revolutionaries why is it Connolly in particular that captures the imagination of so many? We are not the first group to commemorate him this week and we are far from the last,; why is it that so many organisations across the political spectrum pride themselves on standing in the same tradition as James Connolly?

The British understood why. Having been injured during Easter Week, Connolly was not able to stand by the time he was executed on 12 May. He was carried to Kilmainham Gaol on a stretcher and had to be tied to a chair to face his firing squad. What was it about James Connolly that made him such a threat to the British Empire that he was not even afforded the time for his leg to heal?

Well, it was Connolly who continued Marx and Engels’ work analysing the conditions in Ireland, and developing a socialist understanding of Irish history.

It was Connolly who understood that the struggles against imperialism and capitalism could not be separated. In his own famous words:

“if you remove the English Army tomorrow and hoist the green flag over Dublin Castle., unless you set about the organization of the Socialist Republic your efforts will be in vain. England will still rule you. She would rule you through her capitalists, through her landlords, through her financiers, through the whole array of commercial and individualist institutions she has planted in this country and watered with the tears of our mothers and the blood of our martyrs.”

And it was Connolly who built the foundations of the revolutionary movement necessary for the organising of a socialist republic, for overthrowing the twin rulers of empire and capital. Understanding the need for Irish trade unions to tackle Irish industrial issues he founded the Irish Transport and General Workers Union. Understanding the need for workers to be able to protect themselves against state forces and launch offensives against the state he was a founder of the Irish Citizen Army, recognised as the first Red Army in Europe.

So, what does it mean to honour Connolly’s legacy? What does it mean that we are named after him? It doesn’t mean gathering once a year to leave a wreath on his grave and remember his execution. It means continuing his struggle, continuing his work of studying Irish society using the tools of Marxism -Leninism and applying those lessons practically. The faces and tactics may have changed, but his enemies are still our enemies, we still live under the rule of empire and capital. Our goals remain the same. The only way to honour James Connolly is to continue his fight.