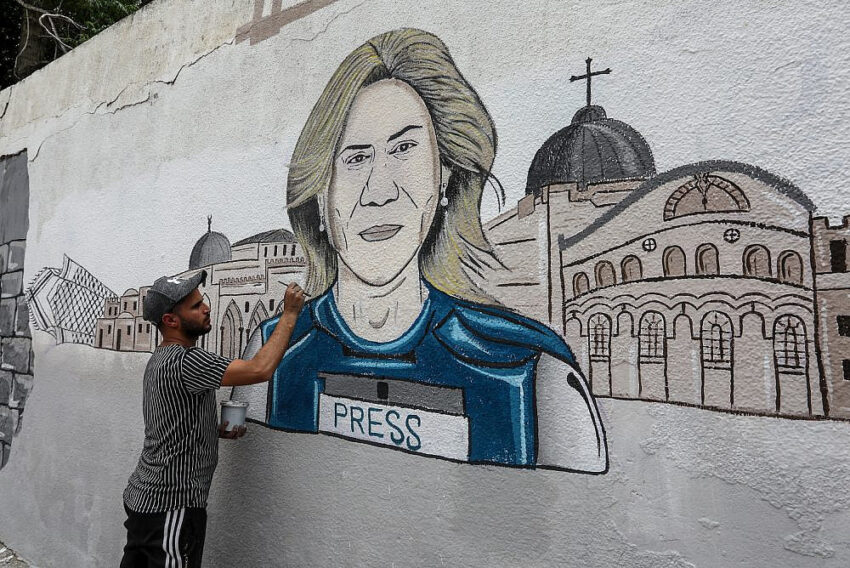 Today what we are talking about the current situation in Palestine. and the path to Palestinian liberation. We in the Connolly Youth Movement are revolutionary optimists. We believe that there’s a path to liberation for all oppressed people, and this includes the people of Palestine. Right now they’re fighting for their freedom and we believe that if you’re willing to fight for freedom, then freedom is what you deserve.

You’ve all heard about Shireen Abu Akleh. Shireen was shot dead by the Israeli Defence Forces. Shireen was a journalist, wearing a “Press” vest. She was reporting on house raids in Jenin in the West Bank by the IDF when she was shot. Forbes, an American magazine of course, reported on her death saying she was “hit by a bullet”.

They make it sound like it fell out of the sky. They make it sound like it was an accident. It was anything but. What they should have said is that she was shot by Israeli forces. She was killed by a foreign army in her own country. They want people to think it was some kind of accident. But the fact of the matter is that Shireen was murdered, just like thousands of other Palestinians. It was murder, and there’s no other way to say it.

Today we have people like Shireen on our minds, people like Admad Sa’adat and other political prisoners, people who are fighting for their liberation. People putting words into action, theory into practice.

The Connolly Youth Movement is an internationalist organization. We support our comrades in Palestine in their struggle for national liberation, just as we support the struggle for liberation everywhere. We believe that if you dare to struggle you dare to win and if you don’t struggle then you don’t deserve to win. We are supporting the Palestinian struggle 110%.

FROM THE RIVER TO THE SEA,

PALESTINE WILL BE FREE