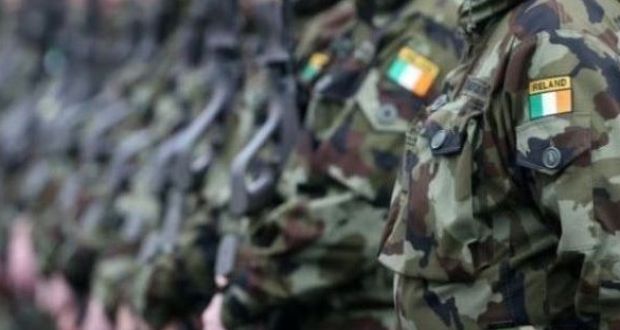 Since the state’s formation, neutrality in international affairs has been a key tenet of foreign policy considerations in the 26 counties. However, it is a tenet that has seen continuous challenges from successive governments, and has been eroded by measures such as the south’s participation in EU Battlegroups, and by its co-operation with the EU’s Permanent Structured Co-Operation (PESCO).

The war in Ukraine, with the subsequent refugee crisis and near universal global condemnation of Russia, has led to fresh calls by establishment figures for the south to abandon its neutrality and formally join NATO. Taoiseach Micheál Martin has stated, for instance, the need for a citizen’s assembly on the matter.

Establishment media has been critical to this fresh push. Almost since the first tanks crossed the Ukrainian border, columnists in outlets such as The Irish Times, Irish Examiner, and Sunday Business Post, have called out for the south to row in behind NATO and its imperialist expansion. The Examiner for instance, on 5 March, published an article condemning neutrality as childish, with the adult solution being NATO membership. Similarly, a Times piece from 25 February, the day after the invasion, decried neutrality as nothing but a cover for tyrants, also claiming that the description of NATO as warmongers was “inverting reality”. Most egregiously, a piece from 7 March in the Times described neutrality as “morally degenerate” (while also making the claim that British imperialism is “long gone”).

It is not the case that 100% of coverage from these outlets is clamouring for NATO membership. However, it is enough to indicate a tendency among the Irish bourgeoisie to cosy up to western imperialism.

To leave the reader with a final thought: in reality, the south is not a neutral state. It is a cog in the international capitalist system. Since the state’s formation up to the present day, it has preached neutrality, while simultaneously assisting imperialist powers in their global ventures. One need only look at the United States military’s use of Shannon airport as proof. However, it is the opinion of this writer, unlike those at more “respectable” publications, that Ireland’s neutrality should be respected, enforced, and expanded. It is only through our breaking of the imperialist lock that this can be brought about.