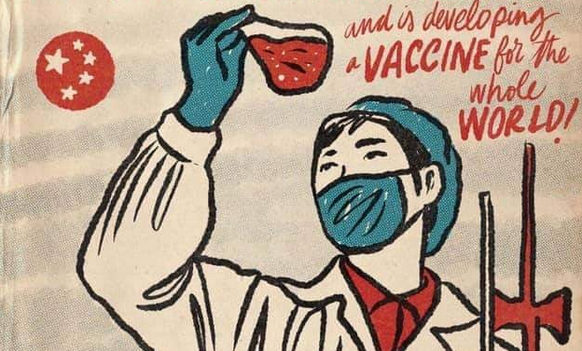 The role of the state in a crisis, as sold to us by some begging liberals, is to maintain a form of vague idea of ‘social partnership’, which is usually determined by the interests of free markets and maintaining fiscal stability of the fictitious capital that pervades the stock market. COVID-19 is shining a spotlight on the operating nature of the Leinster and Stormont administrations, their ineptitude at handling a crisis.  It has opened up a troubling insight into how the many years and decades of ruthless austerity have left our public services unable to cope, even outside of times of crisis.

In this moment, states are taking extraordinary measures to nationalise and place under public management various sections of their industries. In Spain for example, private hospitals have all come under state management to deal with the virus. As a result of this, insurance costs and health stocks were part of the section of stocks that plummeted in value. What this informs us is that those who hold onto stocks in private health insurance or hospitals make a profit from us being sick, as well as this, it shows us the speculative market does not show an accurate picture of how well the economy is running – just how well mechanisms of exploitation are operating.

In Germany, the State Bank KfW has freed up just under $610 billion to companies to deal with COVID19 and the impact it will have on the economy and Chancellor Merkel was commented as saying “Doing what is necessary” to help curb the consequences that follow.

The Federal Bank in the United States sank $1.5 trillion into private markets in order to “stop unusual disruptions”. Measures are being taken by capitalist states all across the world. These measures are aimed at ensuring that the most parasitic elements of society maintain their profits.

In comparison, measures to help the ordinary working-class people of each country have been slow to come around. The State has looked at our service industry, retail stores and other non-essential mass gathering spaces and took its time to think about things. Then it thought some more, and eventually it decided that emergency measures needed to be introduced. Too slow by our count, and not good enough – especially when the media scoffed at China’s early interventions as being “authoritarian”. The state has only provided the bare minimum of support to workers who are now faced with unemployment and an excuse for Fine Gael to unleash another decade of crippling austerity.

The Connolly Youth Movement believes that Western states need to examine the course of action taken by the Communist-led states such as China and Cuba and adopt it. Only an energetic and efficient approach can curb this virus. Only a desire, a compassion for the people, can address the crippling problems that this virus will bring about.

We believe that extraordinary measures need to be taken and the interests of insurance providers, stockbrokers, speculators, bankers and other parasites should be completely disregarded while we take this opening to put our class at the front wheel of economic management.

The Irish State must take steps taken in other countries. We believe that the following measures need to be taken immediately:

Only rapid, efficient and energetic measures taken on by the State can see a positive intervention in this crisis. Things like distributing food, developing quick test kits, giving health inspections to everybody and taking much more advanced containment measures should have taken place when the virus began to spread in China. Instead, the Western world took on the usual chauvinistic and arrogant perspective that it might never reach us.

When another crisis happens, we can safely guarantee that the response will be equally as slow, equally as disinterested and equally designed to protect the rich. One section of society will receive disproportionate aid, another will be left to suffer, as per the norm. COVID-19 is but one more crisis that shines a spotlight onto the morality of capitalism and the decisions that underpin it. It is one more crisis that reinforces why the Leinster and Stormont administrations must go. It is one more opportunity to showcase why socialism can and does produce better results and outcomes for people. It raises the question – if the state can act to address this crisis, cannot it not also act to address the crisis of housing, precarious employment and the lack of a robust basis for the economy?