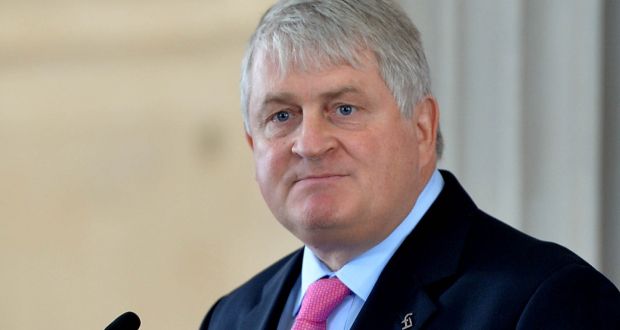 LOOK AFTER OUR OWN

The cry goes up on social media all the time, it’s like a growl, emanating from an angry child.

The island, our island, is bled dry by tax evading multinational corporations. Her soul weeps for the lost children that take their lives or leave our shores. Dignity robbed, futures stolen and thousands of miles travelled. Other scourges which are direct consequences of structured organised economic inequality plague the island. Pathetically low wages, unaffordable housing costs, a healthcare system struggling to cope and public infrastructure worse than the one the British state had before 1922.

Yet the cry goes up once more, louder than before, more emotive, more patriotic almost!

Who are ‘our own’ though and where are they to be found?  What do they look like and what language do they speak? Do they worship at a certain Church or have they no faith? Do they work or are they unemployed? What communities, towns, villages and cities do they live in?  Perhaps ‘our own’ have some sort of characteristics that distinguish them from whoever isn’t ‘our own’.  A set of relations, be it social, economic, religious, philosophical or other.

Is this, one of our own?

Perhaps this is one of our own?

What of him, is this also one of our own?

One could look at an ever-growing list of ‘our own’ and find some form of way of identifying commonalities among them. White, Irish, Catholic, are these are own or are there further divisions among White, Irish Catholic people? Is this a homogeneous group of people or not? Are all Irish people white or are they all Catholic? Are all of ‘our own’ wealthy or poor? How many are wealthy or poor? Why are they wealthy or poor? Are there certain members of ‘our own’ who are wealthy because of the suffering of the poor? Answer these questions to yourself wherever you might be, consider them thoroughly and deeply.  It would seem to me that the makeup of Ireland and the differences of Irish people lean a certain way.

A small minority control the mechanisms of government. This small minority, functions as a cartel and makes decisions in the interests of corporations, businesses, vulture funds and banks.

This cartel, comprised of Fine Gael, Fianna Fail and the Labour Party dutifully obliges in fulfilling this executive order. They do look after their own and in doing so, they seem to leave out the vast majority of other Irish people. So it would seem ‘our own’ are not as ‘our own’ as we thought, perhaps we have different understandings of who ‘our own’ are. The understanding that one cannot inevitably escape is that there are different classes in Irish society and their primary distinctions lie in the mechanisms of political decision making power. A thin layer of people possess the means and capabilities to shape society as they see fit, while they do so, they benefit from the greatest luxuries and reap the greatest rewards. Ireland is their oyster.

What about the rest of us?

The tenants, the working poor, the unemployed, the homeless, the hungry, the undereducated and the thousands locked out of ever having a decent life.  We seem to have much in common as well. The shared experience of misery is the commonality of this group of ‘our own’.  Does this category of ‘our own’ have those who are White, Irish and Catholic? Without a doubt it does. The native Irish person is more represented in this category than the aforementioned gang of ‘our own’, in fact it is the native islander who bears the brunt of the greatest pain and deprivation of their dignity and nobody else.

The shared experience here of each group of ‘our own’ is that one category of people exploit and the other are exploited.

The Irish Landlord evicts and torments the Irish Tenant.

The Irish Employer mistreats and sacks the Irish Worker.

The relationship of power, is, ultimately what determines who are our own are and how we ought to band together. For it matters not tot he landlords, employers, big farmers, multinationals or vulture funds where it is you hail from, which parish, village or county. It matters not whether your hair is black or brown. It matters not the colour of your eyes nor the shape of your ears. The tone of your skin nor the altar which you choose to worship at. The dynamic that matters is who dominates the economic and political decision making process and let me tell you, that if you’re angry at the Romanian or the Jew but are on a low wage and can’t afford a home – it isn’t fucking you.

Our shared experience of being exploited is the experience of our class and the domination by the ruling class of the working class. It is, without any other relationship in consideration the most important dynamic, for it is the one that impacts on our lives the most on a day to day basis.

There is no onus on anybody but you to be the locomotive of change in our society. Much like the exploiters and parasites on this island that ensure that the pockets of their paymasters are filled and they are secured, we too must look to our shared interest, we must look after our own.

The Irish worker will go on strike with the Brazilian and Polish worker and together their lives will be improved.

The Irish tenant and the Romanian tenant will find common cause against their vicious slum landlord depriving them of their hard income.

The Irish and Polish homeless people will not be discriminated against by the pavement on which they find their weary bones on, nor will the epidemic of mental health make the distinction between the two and adversely affect one more than the other. They will both suffer!

Those who shout about looking after our own the loudest seem to ignore the painful truth of the matter. It is their own depriving them of liberty and an opportunity of life. It is their own and only their own staffing the ministries and the government, choosing to undermine every vestige of dignity that was once left. Despite the supreme responsibility of the State being to care and look after us, they murder us all the time with the policies and laws that they act.

It is high time we banded together the workers, tenants, the unemployed, the homeless, irrespective of nationality or faith and banded together. It is high time we banded together and undertook a systemic destruction of the exploiter only the objective and undeniable truth that they are the exploiter and we the exploited.   The sooner we can look after our own in this way and offer organised resistance, the sooner we can resolve the chronic problems plaguing and destroying all of society.  We can build homes and rejuvenate communities and we can do so with a multitude of nationalities and religions for they all suffer together and therefore will rise together. Our Workers’ Republic will be a united Workers’ Republic, that will truly look after our own irrespective of where they have come from. The abolition of the exploitative capitalist method of organising Ireland is the final stage of truly looking after our own 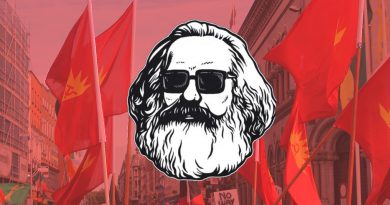 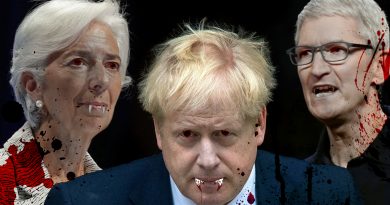 We Must Become Vampire-Hunters

One thought on “Look after our own?”