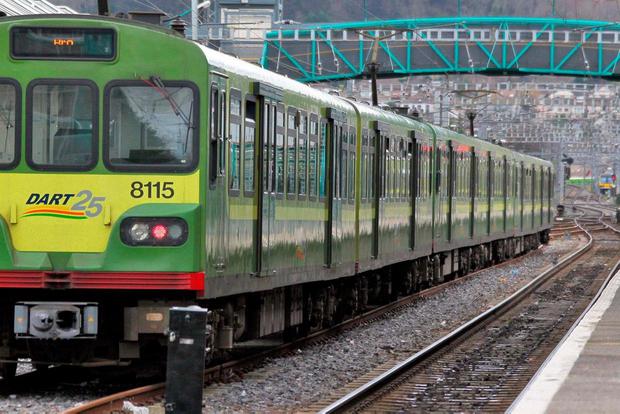 Recently, the Irish transport system found itself at the centre of controversy as hundreds were forced to disembark from the DART service between Dublin and Bray due to an unsafe lack of ventilation, and cover the remainder of the journey on foot. On what was one of the busiest days of the year – the All-Ireland Senior Football final, permission was granted to hold a similarly attended event, the Bray Air Show. This paired with an underfunded transport system culminated in disaster as passengers were crammed into overcrowded carriages on the journey to Bray. The first passengers disembarked at 2.55pm which set off a chain of events that resulted in hundreds exiting their train carriages and delaying DART services until after 5pm.

The CYM interviewed two passengers on the service, who explained the utter recklessness of Iarnroad Éireannl in not adequately preparing for such large events.

Passenger A informed us that four DARTs passed by from Connolly Station before they “squeezed” themselves onto the fifth. Despite the events of the day being planned months in advance, Iarnód Eireann was still inadequately prepared. There were infants, children and elderly people present on the carriage and they vividly recalled an older man on the carriage who was on the verge of collapse due to the heat and lack of ventilation. Passengers were attempting to crowd around the small windows in order to try to stick their heads out and get fresh air.

This ‘luxury’ was not, however, extended to Passenger B in another carriage, who recalls that the windows were unable to open. They describe the anticipation and relief felt by those on board as they reached each stop along the route, as when the doors opened temporarily, they were able to breathe properly, if even only for a few seconds. On B’s carriage, they recalled a desperate mother trying to get air to her baby and begging those around her to open a door as the situation put her child at risk of serious harm.

Once the train had stopped, the passengers were not kept updated on the situation when they were stationary on the tracks. An hour went by before someone was forced by circumstance to break the emergency stop button and open the door. According to A this resulted in “cheers from the crowd” and a rush towards the doors. After this, an evacuation was performed by emergency crews and passengers were told to jump from the carriages onto the tracks.

However, this distance of over one metre was dangerous for those with disabilities, the elderly, and those with young children. Both passengers recognised that this type of emergency escape was planning on the spur of the moment and did not take into account the possible escape of those who were not able-bodied. Following the evacuation, passengers were forced to walk on the train tracks to the nearest station. A walked for 30-45 minutes, while B walked for 15. Both people interviewed were bewildered at how this journey on unstable ground would be possible for those with walking disabilities, or those with buggies.

RTÉ, in response to the incident, chose to eschew responsible journalism, and instead parrot the damage control put out by Iarnroad Éireann. While they highlighted the fact passengers disembarked, they refused to analyse or even acknowledge the reasoning behind this decision – that being to protect themselves and their vulnerable fellow travellers. They were painted as “delinquents” and “troublemakers” who would have been safe to continue on their journey. It is likely that those who jumped from the train would have been unharmed as most were able-bodied young people, however there is very little discussion on the implications of unsafe conditions on the most vulnerable passengers. The screaming infants in their mothers arms, the elderly on the verge of collapse, and the inability of people with physical disability to disembark highlight that situation clearly.