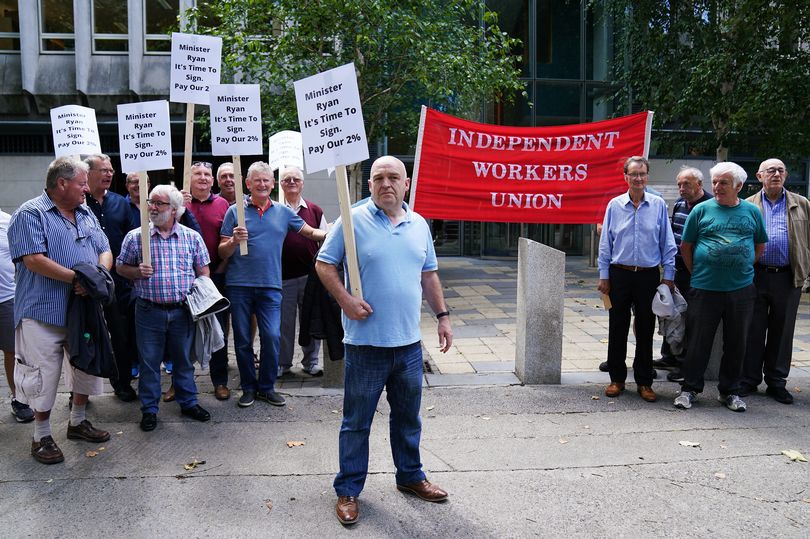 Former employees of An Post were out in protest last Wednesday (3 August), to pressure Minister Ryan to sign off on an agreed 2% pension increase. The protest was organised by the Independent Workers Union. Below is a statement given to Forward by the postal workers representative Bernard Clarke:

“Pensioners have seen virtually no increase in Pay in the last decade because of a disastrous deal struck between the Communication Workers’ Union and An Post in 2014; we are demanding that the Minister to sign-off on the pension increase without delay or we will be escalating our protest.

An Post Pensioner Eugene Keenan stated; ” Its disgraceful that staff who gave 40 years service to a state company would be left waiting months for the Minister to sign-off on a meagre 2% increase; pensioners are struggling and deserve much better”

Adding to this Bernard Clarke stated;

“inflation is skyrocketing and An Post pensioners are struggling to make ends meet, it shouldnt be this way, we need justice for pensioners and the disastrous Pension Accord needs to be scrapped now!”

The IWU has committed to weekly demonstrations outside the Department every Wednesday until their demands are met.