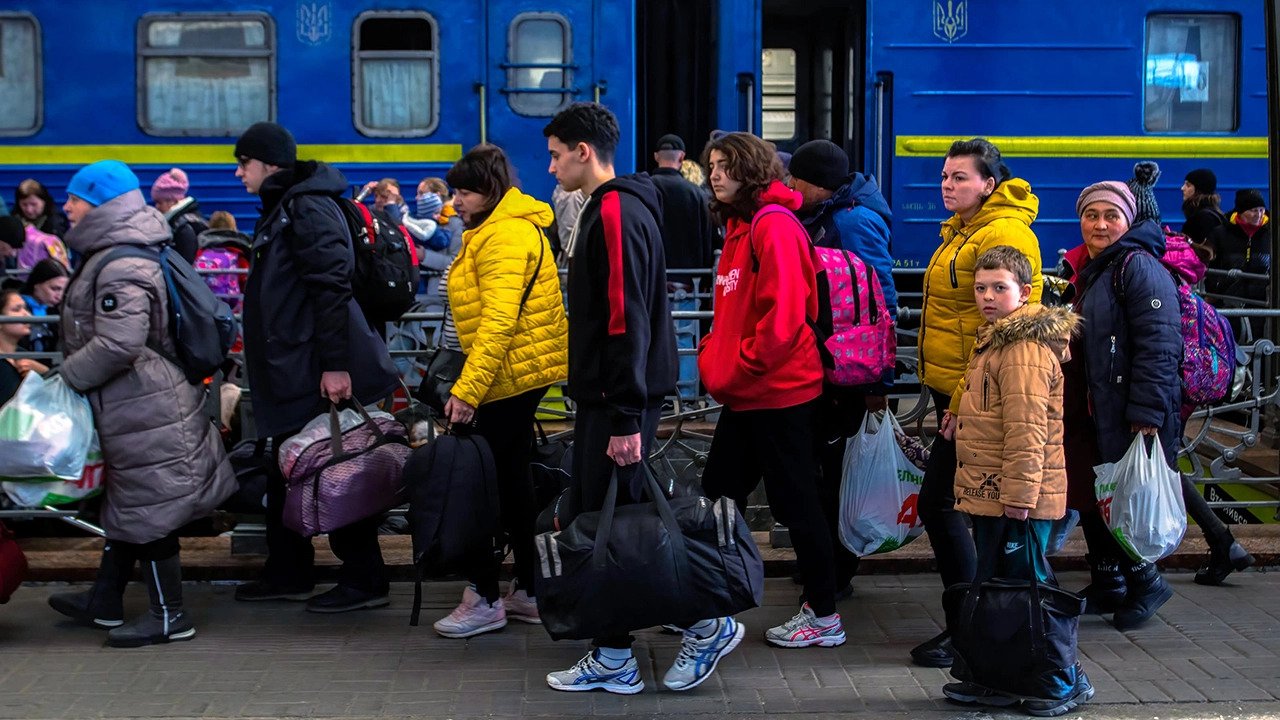 The humanitarian response towards Ukraine and its people from Ireland has been unprecedented. This country is known for its staunch and proud defence of Palestine, and has outdone itself in its support for Ukraine.  Something about this war has invoked a deep sense of humanitarianism and empathy, that no other event has, or potentially will. To anti-imperialists who have long pointed out the atrocities perpetrated around the world by the United States and NATO, this has come as a shock.

Many of us are scratching our heads and wondering what distinguishes Ukrainian refugees from Afghanis, Libyans, Syrians, Iraqis or Kurds. What is it about them that warrants 12,000 people signing up to home them, or for the State to create fast tracks to PPS numbers, housing lists, and jobs?  One might say that it doesn’t matter, refugees are being helped, but there’s a legitimate question to be posed here.

Economic decisions, contrary to popular belief, are almost always guided by politics and ideology. In this case, the Irish state has plainly sided with the West. In order to demonstrate it’s loyalty, Ireland has completely reconfigured its refugee rules and single-handedly demonstrated that all that’s stopping the suffering of other refugees and asylum seekers is a stroke of the pen.

Many working class people are rightfully angered and convulsed at this contradictory approach taken by the media and establishment.  Many of us wonder what it would take for the American, Saudi, or Israeli ambassador to get grilled on RTÉ the way the Russian ambassador did? After all, are the crimes of these aforementioned countries not considerably more heinous?

Putting the rhetorical questions to the side for a moment, I would suggest one reason there is such a disproportionately supportive response for Ukraine and it’s refugees is a century of anti-Communist and anti-Russian propaganda. Since 1917, all things Russian have been distorted in culture, science, film, and literature – all for the crime of establishing a socialist worker’s republic. That cold war mentality carried over after 1991, and picked up once more in the early 2000s, when the Russian capitalist class and state re-consolidated and began to assert itself.  Irish people and other Westerners have such a culturally ingrained anti-communism and anti-Russian viewpoint, that they are psychologically primed for a confrontation with Russia regardless of how it comes about and what the key factors are.

This Pavlovian response to the war in Ukraine is linked to said propaganda. Another reason is more straightforward. The Irish middle-class has begun to drink from the fountain of imperialism and readily accepts it’s place as a satellite state to the US and the EU. As a result,  you see some pundits offer up the same analysis about the enlightened West bringing the Slavic savages democracy

As a Communist, I stand for peace among the working-class and international proletariat. That means that I am firmly against this conflict, but I would prefer to examine the social forces that have created it, rather than hone in on the “heroism” of Zelenesky and the “insanity” of Putin. Both men represent the class interests of their respective states and move on that basis alone. Russia is attempting to maintain it’s regional status as a middle-class capitalist power, while NATO is, as usual, attempting to encircle and expand super-imperialism on the globe.

Unfortunately and tragically, NATO has chosen the Ukrainian people as their cannon fodder for this project. They flood the country and the domestic Neo-Nazi units with weapons, while tactfully putting pressure on Ukraine to avoid a diplomatic resolution to the war.  This is all the more tragic when you consider that the people of Ukraine and Russia were once the closest of peoples, united in the Soviet Union and building a brighter future together.

If people in Ireland feel a deep empathy for the plight of fleeing Ukrainian women and children, then I hope that empathy will transform, grow, and develop into a consistent anti-imperialist and empathetic support of the many other countries being bombed, starved or attacked around the world.  The standards we keep other countries to should be universal and apply as much to Western countries as they would anywhere else. As it stands, the focus of any domestic campaigning should be around peace, neutrality, multi-polarity, the withdrawal of all NATO-British forces from Ireland, and our exit from the EU.

We in Ireland have every right to develop peacefully, without being sucked into the bloodshed of NATO. We must re-assert that right and exercise it, or the working class children of Ireland will be the cannon fodder next time, while the children of Blueshirts will laugh it up at home.

1 thought on “Imperial Morality in Turmoil”