The worst illiterate is the political illiterate, he doesn’t hear, doesn’t speak, nor participates in the political events. He doesn’t know the cost of life, the price of the bean, of the fish, of the flour, of the rent, of the shoes and of the medicine, all depends on political decisions. The political illiterate is so stupid that he is proud and swells his chest saying that he hates politics. The imbecile doesn’t know that, from his political ignorance is born the prostitute, the abandoned child, and the worst thieves of all, the bad politician, corrupted and flunky of the national and multinational companies.

Recently, a large Yellow Vest protest took to the streets in Dublin. It was focused on getting rid of masks and other protective precautions in place to prevent the spread of COVID-19. The person carrying the flag at the helm of it is a well known white supremacist, Niall McConnell, whose group talks about immigrants, sharia law and other bogus nonsense they’ve imported from their American and British friends.

Lots of us don’t trust the government or like it, but we do trust doctors and nurses who are asking us to help make their job easier by wearing a mask and being a bit more careful about our hygiene. In response, the far right lunatics have drummed as much fear as possible, some even comparing the lockdown to Nazi Germany. Now of course to a normal person having to wear a mask on public transport or in a shop is not comparable to the systemic mass execution of Jewish, Roma, Disabled, Gay and Slavic people, but for others, this dramatic comparison seems to resonate.

The people who come out to protest for the most part are as skeptical of what the government says as any of us. Let’s face it, the state does not look after our interests in Ireland, and it can’t be trusted. James Connolly said that “governments in capitalist societies are but committees of the rich to manage the affairs of the rich”. That is precisely what they’re doing here in Ireland, even during this terrible crisis.

Using the anger we all feel, the National Party, the Irish Freedom Party are attempting to build platforms for themselves using the imagery of the Yellow Vests protests that originated in French protests. Their platforms all vary, but they tap into conspiracy theories peddled by misery merchants on the internet and then fuse them with whatever their own agenda is. In reality, only one of them offers an alternative vision, and that’s the National Party. Their vision is about setting up a Catholic theocratic dictatorship, deporting/restricting immigration, abolishing same sex marriage and a litany of other ideas straight from 1935.

The Yellow Vests on the other hand are just a general body formed from anti-government sentiment with no coherent explanation as to how they will change things. Many of them repeat conspiracy theories as well (content about COVID, antifa, masks making people sick, Bill gates vaccinations etc).  But what coherent route to political power are they presenting? None. What could have been a people’s movement has been poisoned by the political falsifications emanating from America, where conspiracy theories have been weaponised to distract people from their daily robbery by big business and the governments it is in cahoots with.

Socialism is the alternative. It  is about putting the economy under democratic management. It is about rebuilding communities and maintaining the wealth the workers create. It is about providing housing for all of the people. It is about healthcare being a right, not a service to die for. Socialism is about the people being placed at the center and socialism, is what James Connolly died for and the Connolly Youth struggle for. These people don’t understand socialism, they don’t care about the struggles of working class people – they just want to take the anger at the government and direct it at vulnerable members of the working class – migrants, people who are LGBTQ+. They know people are in a situation without a lot of control, and want to persuade people that they can retake control by oppressing others. The only people we all need to unite against are the capitalist class, and we need to correctly identify those who would seek to divide us and waste our energy for what they are – morally bankrupt scam artists out to con people into acting against their own interests.

I extend the invitation to anybody with questions about Socialism, Communism and Capitalism to reach out and ask them.

Our door is open and we have a coherent explanation of how we imagine a post-capitalist society. 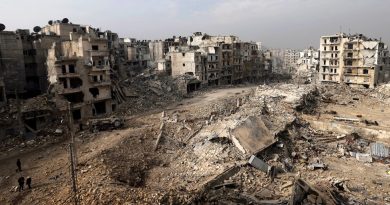 Why do they fear a proper lockdown?