This article is part 1 in the first CYM Education Series: “Lessons of History”. Its origins are in a reading group for Connolly’s 1910 pamphlet “Labour in Irish History” based around a reading group for the Belfast branch of the CYM. Different members did reports on different chapters and given the consistent quality and relevance of the resulting output, this material has been adapted as our first Education Series series with the intention that a wider audience can benefit from an introductory guide to this seminal work on the making of the Irish working class.

The purpose of this chapter is to highlight the book’s reason for existing.  Why is it necessary to address the history of labour at all and how has it come to be pushed aside?

The “Irish Question” is a central theme – Ireland had been under control of England for 700 years during which there was constant resistance to English rule by the Irish people. Until 1694 these wars were complicated by being directed at both the political and social order recognised by the English invader. Up until 1694 the basis of Irish society except within the Pale rested upon the communal or tribal ownership of land. Irish chiefs held positions to act as administrators of the tribal affairs of their people while the land or territory of his clan was entirely removed from his private jurisdiction. Inheritance of land passed through a vote by the adult males of a clan, a system known as tanistry. The war against the oppressor also became a war against the enclosure of many communal forms of land ownership into a rigid system of aristocratic ownership.

The prevalent social order in England at the time was feudalism, and the implementation of feudalism came into direct conflict with the native Irish system of land ownership, inheritance and law. The breakup of the clan system in 1649 meant the socioeconomic aspect of the Irish struggle was usurped by mere political expressions of the fight for freedom. Communal ownership of land would have given way to capitalist-landlordism even if Ireland remained an independent country – but as it came from pressure of an armed invader the change was even more bitterly resented. Many mixed dreams of liberty with a return to ancient system of land tenure – which is now organically impossible.

Connolly documents how the Irish aristocracy is either foreign or traitor in origin and how Irish patriotic movements inevitably fell into the interests of the wealthy middle class which was constrained by aristocratic influences. There is a distortion in history that aims to deny the relationship between social rights of Irish toilers and the political rights of the Irish nation. It was hoped through this to create a “Real National Movement” i.e. one where each class would recognise the rights of other classes and lay aside issues and unite in a national struggle against the common enemy – England.

However, Connolly persuasively outlines that when class interests are eliminated from discourse the gain is for the possessive ruling class. The bourgeois press and politicians strive to inflame the working-classes using questions outside the range of their own class interest. Imperialist war, religion, language, political reform, patriotism – all serve in the hands of the possessing class to avert social revolution by diverting political attention and preventing class consciousness of the proletariat.

During the last hundred years every generation in Ireland has seen an attempted rebellion against English rule. Each drew their followers from the lower classes but being led by the inspiration of a few middle-class figureheads the social question was excluded from the potential aftermath. The workers made up the mass of recruits and therefore were the ones to fall victim to prison or death. They were anxious for freedom but were told by their leaders they should not expect any change to their conditions even if successful. In these conditions, they could not be instilled with the revolutionary fire necessary for successful rebellion.

The upper class naturally clung to property through the protecting power of England and felt secure in that possession and therefore remained loyal to England. The lower middle classes masqueraded as patriots. Their position gave them the opportunity to appear vocal in calls for Irish freedom but also drown out any serious revolutionary movement which might demand greater upset to the fundamental economic organisation of society.

Chapter one of Labour in Irish History sets out to explain “the point” of the book and what will be discussed throughout: Irish history, Irish politics and the subject of class.

The opening quote, “what is history but a fable agreed upon” encapsulates paragraph one. Connolly comments on how class struggle is portrayed and largely left out of history. He points out that while history should be an, “accurate, literary reflect” of time, the struggle of the working class is continuously left out even though they are, as he highlights, the, “vast mass of mankind”. In written history, the actions of working people are manipulated to serve the agenda of the “master class”.

Paragraph two highlights an issue which is ever present today: the problems which the working class face are used as “weapons” by politicians against their rivals under the guise of genuine care and compassion. Connolly states that the primary intention of this book is to “prove that contention” with the support of referenced evidence in the place of historians who have neglected the social question.

In paragraph 3, Connolly describes how Irish society was organised predating 1649. The ownership of land was, “communal or tribal”. While in England there was a system of “feudalism”; all land was owned by the king and given to nobility in exchange for military service. Peasants worked the land but had no ownership. Connolly notes that the war against England was also, “a war against private property in land”. This battle was lost in  1649 with the destruction of the clan system and as a result social struggle was replaced with the “fight for freedom”. This aspect of Irish society post 1649 was led by an aristocracy of, “foreign or traitor origin” rather than the chiefs, and so the middle class became the leaders of the Irish patriotic movements with their own class interests at the forefront.

The events highlighted in the previous paragraph have led to an attitude which exists in Ireland today. This is tackled in paragraph 4. Connolly points out that England is viewed as the “common enemy” which all classes should lay their differences aside to unite against, when in reality this is a ploy from which the “possessing, conservative class” benefit. Once the working class are free of the English oppressor, they will remain under the oppression of their own upper class.

It is pointed out in the following paragraphs, 5 and 6, that the landlord class ignored the fantasy of the “bourgeois patriot” as remaining loyal to England would mean the retention of their land. Throughout Irish history, even the famine, they have been consistent in their treachery.

Connolly uses chapter 7 to discuss the role of the lower middle class in the national cause. He claims that the majority were simply masquerading as patriots but suppressed any, “serious revolutionary movement” that would, in essence, be damaging to their class. The intentions of Labour in Irish History are well laid out in chapter one. It offers a brief yet informative description of how Irish society changed and what that meant for the national and labour movement.

I found the commentary of paragraph 4 particularly interesting. Even today ‘freedom’ from Britain is a common goal among the working class, it is felt that once we are free from the oppression placed upon us by England we will be free, as though it is a unified class struggle. However, as Connolly points out, once the Irish working class are freed from the oppression of England, we are still faced with the oppressive enemy at home, found in the “possessive, conservative class” of Ireland. Another point which I feel is important to mention is the fact that Connolly’s work is usually quite accessible and easier to read and understand when first coming to grips with socialist writings. It is designed to simultaneously agitate and educate, and to offer a window to the possibilities and potential inherent in the Irish working class’s historical journey to class consciousness. It is the second history of those who formed the core of Ireland’s struggle for freedom, those who Tone called the great, respectable class – the men of no property. 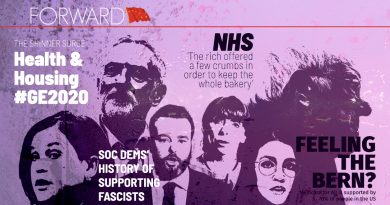 Black Friday of 1910 & the Irish Suffragettes