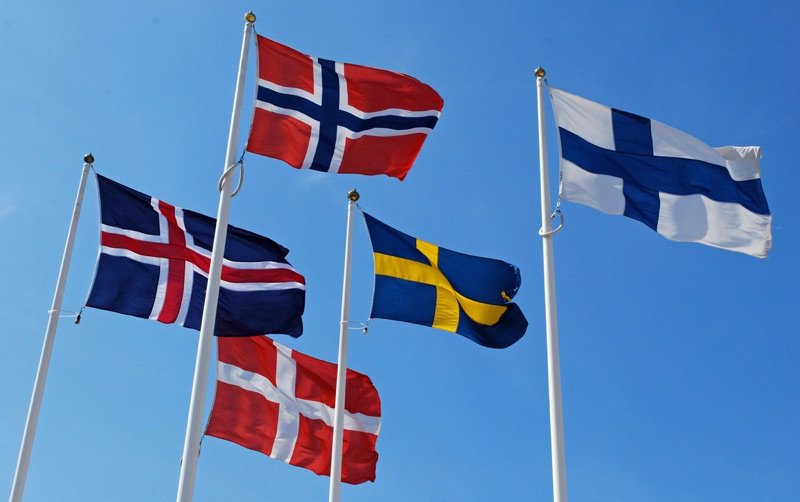 Inequality has been steadily on the rise for many, many years and as people grow increasingly frustrated, they seek an alternative. This search has time and time again led to the mention of countries like Sweden and Norway. Often when we discuss the Nordic model, it is met with praise and envy. Many self-proclaimed progressives hold it in high regard as the pinnacle of democracy. The social benefits such as free healthcare, free education and reliable pension payments are a definite cause for jealousy when compared to the ruthlessness of the capitalism most of us know and live under. However, while we may praise certain benefits of this model, we must also be honest about its many shortcomings in contrast to our own goals.

To compare countries like Norway and Sweden to nations such as the USA, Britain or even our own island of Ireland, would draw striking dissimilarity and we would be rightfully frustrated while our own state fails to grant us these securities. We should not settle with what we have, or rather what we don’t have, nor should we be appeased by small concessions granted only to keep us in line and to make current political parties seem more electable, when the reality is that the interests of the people are not at heart. Settling for these small  not only affirms this as a workable strategy to maintain power over the people, it also sets back the work made by many to advance these ideas and proposals. It is also worth noting that these concessions are not praise-worthy, they should in fact be the bare minimum granted to all civilians. We must understand that this model feeds into capitalist realism, and acts as a social democratic ploy to cast a shadow on the achievements of socialism in eastern Europe.

It exists almost as if to affirm that capitalism is the only viable option, and feeds into the western idea of restricting socialism to its most minimal form. Furthermore, the Nordic welfare model cannot be presented as an alternative to both socialism and capitalism, it works mainly as a form of appeasement, keeping the working class quiet while still supporting free market capitalism. As communists, we understand that capital must be abolished, therefore there is no place for capitalism of any kind, regardless of how soft or severe.“Compassionate” capitalism is still capitalism.

They impose high tax rates on their citizens, while corporate tax remains low. Workers may be paid better than their counterparts in other neoliberal capitalist hellscapes, however they are still exploited. Surplus value created by the worker does not return to them, and in true capitalist fashion, returns to the employer as profit. To further criticise these conditions, we must examine the links these countries hold to the capitalist death machines of the world. These countries are members of the European Union; a megaphone for anti-communists, capitalists and imperialists alike. Denmark, Iceland and Norway are also NATO member states, therefore actively support the evils of imperialism on a global scale. The role of these establishments is to ensure the ruling classes continue to enrich themselves at the expense of the many.

Any involvement with these establishments must be called out for what it is. As well as supporting the imperialist death march and the wreckage it leaves behind, it is a huge contributor to the Earth’s climate problem. The environmental impact cannot be ignored. Towards the end of February, a large number of young people at the annual congress of the Connolly Youth Movement understood and recognised the climate emergency, and reiterated that an environmentally sustainable society was not compatible with capitalism. In our heavily industrialised world, the climate crisis is as clear as ever and our situation grows dire.

The Nordic countries may seem like progressive powerhouses when compared to many harsher states, but they have had some of the highest levels of resource use and CO2emissions globally, severely overstepping sensible boundaries. This is largely due to resource extraction in the global south, outsourcing ecological impact to different communities.