We must AGITATE, so that workers become angry and aware of their conditions as human beings in a capitalist society. We must EDUCATE, so workers understand the nature of the social relations that exist and how they function. We must ORGANISE, so that we may overcome the systemic inequity bestowed upon the world by the capitalist class and ultimately overthrow them.

Beginning this week, on Monday the 30th of September, members of Unite the Union and volunteers associated to Unite, Mandate and groups that support them, began canvassing Dublin City with the view to advertising a public meeting aimed at low pay workers.   When we use the term ‘canvassing’, what we mean is that we took it upon ourselves to spend day in day out visiting various businesses that were cafes, pubs, restaurants, ice cream shops and all manner of places similar to the ones mentioned. We initiated the conversation with precarious and low paid workers about their conditions – a task that the union movement should have been consistently doing since Larkin and Connolly broadened the influence of unions in Ireland.

This enormous challenge that we face, in convincing thousands of service and hospitality workers to organising is one of the most important challenges. Why?  A trade union is one of the key arenas of political struggle for the working class.  Again, the question can be asked, why is that?   Many of us spend most of our waking time in our workplace. In the social relationships that form under a capitalist system, the workplace is inherently undemocratic and designed to extract as much time, effort, energy and profit from the worker as possible while paying the least amount possible. This is how capitalism functions – it must maximize production and minimise cost.

As we canvass Dublin City Centre, we see this exploitation first hand. The experiences that workers from the overwhelming majority of businesses share with us reaffirms the deep inequity found in this sector. The employers of Dublin conduct themselves this way because they can and because they are unregulated. Despite putting on smiles and rainbows for the booming and highly profitable tourist community that seems to permanently occupy Dublin, workers are miserable, frightened and brow beaten into submission. High worker turn over is directly connected to exploitation, while the desire to change jobs reflects the low level of job satisfaction many workers have.

Of course there are exceptions, where the workers are treated with some more dignity and respect, but these exceptions are far and few and most importantly rely on the philanthropy of the owners, rather than the ability of the workers to secure such dignity and respect via collective bargaining or statutory rights.   Common issues that plague this sector begin with low pay and extend to almost every aspect of work. No breaks are provided in some workplaces, no holiday pay, workers are sacked for taking sick leave, workers are sent rosters for the week on the Monday of the same week, workers are not given pay rises for skill or cumulative service, workers tenure is not recognised and workers are harassed.

Interlinked to the above issue is the fact that many workers in the service and hospitality sector are non native. It is our belief in the CYM that employers are guaranteed more obedient and scared staff if their command of English and legal rights is weaker, as well as a creation of a dependency on the good will of an employer. No worker, Irish or not, should have to depend on the good will of their employer to get by and no worker should have to hope for an exceptional good employer in order to get by.

We are gathering data and speaking to hundreds, soon to be thousands of workers on their pay and conditions, spreading the word that we are now ORGANISING and creating a platform to build upon.  It is essential that we imbue the workers settling and coming to Dublin with a sense of agency in their lives. This can only be accomplished by successfully unionising the sector and demonstrating that together – they are stronger and cannot be trifled with.

The role of the Communist movement should be to engage with the struggles of our class. To ingratiate ourselves in those struggles, to understand them thoroughly and coherently so that we may then begin to apply pressure against our common enemy – the capitalist. Trade unions are not simply organisations that bring workers together, they also educate workers, unite them, break down ethnic barriers and create long lasting friendships.  Historically speaking, it is among the membership lists of Unions that some of the most notable and militant Communists have come from as well, for the simple reason that they undertook the most immediate problems of our class and understood them to be inherently systemic symptoms of capitalism.

As activists from different organisations rally behind a campaign to organise their fellow young workers from different parts of the world, we note that this is one of most important epochs in trade union history. Density is at an all time low and plummeting rapidly. Trade Unions are opting to merge instead of aggressively organising, they are merging because their membership is shrinking.  If we, as conscious activists and Communists do not recognise that the decline in the Trade Union movement will further bind the hands of our class for generations to come, we condemn our children to the worst form of exploitation imaginable.  We must make one last great thrust, in conjunction with allies across the entire union movement and political spectrum of Socialists, to consolidate union power and nurture a new generation of militant, conscious activists capable of standing up for themselves and others.

We cannot preach of revolution, if we cannot even ensure that our class has a roof over their head or food to eat.  We cannot expect our Communist movement to present a ‘line’ on any matter seriously, if our members are not engaged with our class and not understanding of the issues undermining our class. We cannot be Communists, if we are not struggling for our class.

Philosophers have only interpreted the world, the point however, is to change it. 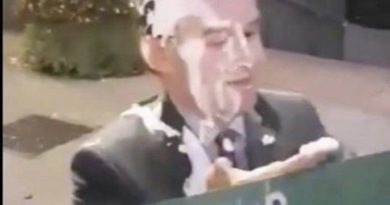 A milkshake to the face 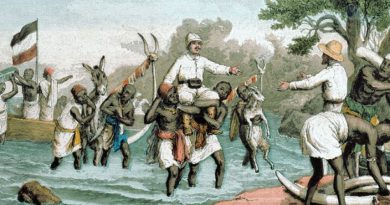