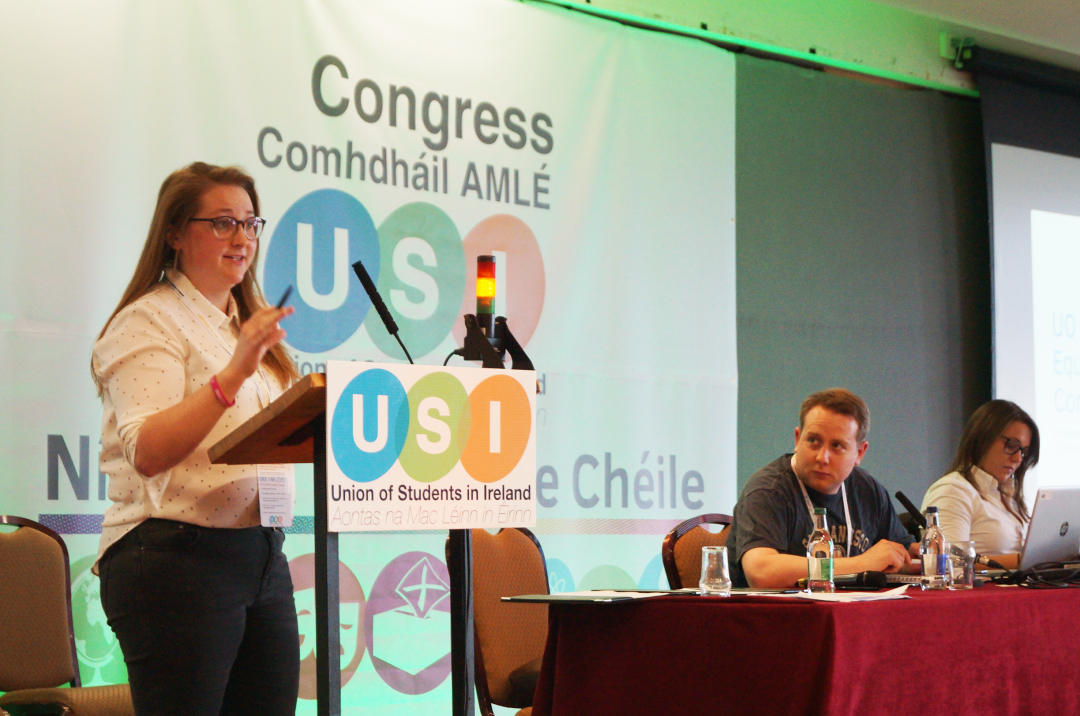 Socialists in Ireland must ask themselves if the USI is genuinely an ally in our fight for the liberation of young people, or if it is just a bourgeois institution that can never deliver the needed material interests of young people in Ireland. I believe that rather than being a force for radical change in Ireland, the USI can and always will be a collection of ladder climbers and opportunists in the leadership, and aimless disenfranchised students at the bottom.

Ask the average member of the student population what the SU does, they will probably answer give out condoms and organise sex toy bingo (see NUI Galway’s Students Union). Founded in 1959, The Union of Students in Ireland is the largest representation of Students in Ireland, across many of the various 3rd Level institutions. Irish SUs are so extremely institutionalised, most students cannot tell the difference between what falls within the responsibilities of the SU and what is the responsibility of the University. In fact, some of the members of the leadership don’t even understand what is the jurisdiction of the SU. It is not a radical pressure group that lives outside the education system, but a large part of the University ecosystem.

One of the most successful things about the USI is its capacity to swing the outcome of a referendum. For example, the Marriage equality and Repeal of the 8th amendment saw record high turnout among young people. It can be argued that this is because SUs across the Republic encouraged an enabled students to register to vote, and allowed 66% majority in the referendum on the 8th amendment. Secondly, on the actual campus level, SUs do great work in regards to the day to day interests of vulnerable groups. There are generally many small yet effective campaigns for gender neutral bathrooms, support groups, and anti racism efforts.

However, the USI can only go so far. For example in 2014 they claimed that Irish Water should have saved some of the €20,000 spent on its logo and rebranding by using a “cost effective micro-job website to pay an online seller to create a logo” rather than employing professional graphic designers. Obviously Irish Water are, to use a technical term, scum. However the fact that USI saw the issue here being the expense of a semi-state companies *labour* cost being the issue here is the kind of anti-corruption rhetoric we see out of the likes of Gemma O’Doherty. I’m not claiming that the USI are fascists like Gemma O’Doherty, however as a certain Soviet leader once told us, “Social Democracy is objectively the moderate wing of fascism”

The USI supports valid identity politics struggles. However not only is USI not even claiming to be Socialist, it has been actively espousing anti-worker sentiment for years.

The Union of Students in Ireland has become a bourgeois institution. Several former prominent members have gone on to become elected officials, such as Pat Rabbitte and Eamon Gilmore. But let’s look at an example of former USI president, Laura Harmon. Harmon spent her time in the USI advocating for the campaign for a Yes vote in the Same-sex marriage referendum. However, in September 2015 was appointed Women and Equality Officer for the Labour Party. A party that cut single parents allowance while in coalition with Fine Gael. Current USI President Síona Cahill has had connection to Fianna Fáil in the past. Their rhetoric and speeches of the USI and its leaders are meaningless. We see that they are all careerists and opportunists. Their actions, opinions and strategies show us they are bourgeois class collaborators that cannot be relied upon.

The USI has won victories for LGBT and Women’s equality movements at a national level. However, we have reached a period where issues that directly effect people cannot be resolved by a national awareness and pressure campaign in the ways that Marriage Equality and Repeal campaigns were won. The USI is completely unable to answer any economic issues that affect not just these groups but also students and young people across the board; issues such as social housing, transgender health care or adequate mental health services. To put it simply. The USI can make wins in the area of identity politics, but it cannot and will never be able to counter Austerity measures within our colleges and universities. The leadership of the organisation are the exact type of technocratic “democratic” socialists that parties like Fianna Fáil and Labour love to have within their ranks, and because of this they will never act against the interests of bourgeois liberal parties, and by extension, the ruling class of capitalists that govern Ireland.

1 thought on “Union of Students in Ireland: Radicals or Opportunists”