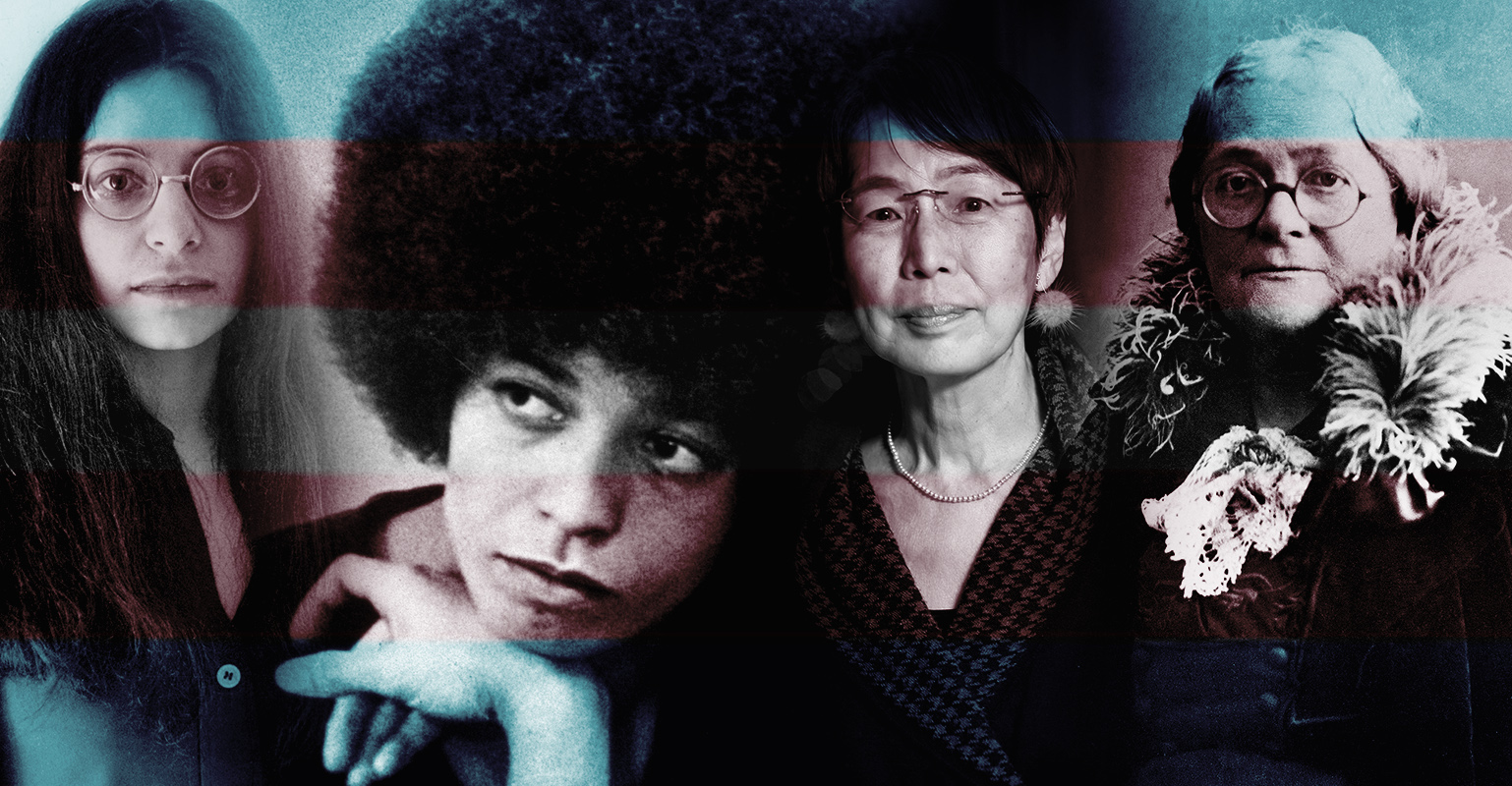 The misconception is that Marxist Feminists see Gender as a very narrow, binary concept, that doesn’t take into account any deviation from the old dichotomy of male and female. Marxist Feminists can accept that trans people exist and ought to be supported, just in the same way that Liberal Feminists can. It is true that the language used is quite binary, however I believe this comes from the fact that the great foundational thinkers of the Marxist Feminism, Alexandra Kollontai and Clara Zetkin are still widely read by Marxist Feminists today, even later thinkers like Shulamith Firestone, Ueno Chizuko, Silvia Federici and of course, possibly the most famous Marxist Feminist, Angela Davis, were writing, leading and theorising decades before the movement for transgender equality and liberation in the 2010s had begun to take place.

In contrast, I believe that contemporary liberal feminists are unlikely to go back and read the foundational thinkers of Liberal Feminism. You are much more likely to see a them reading Naomi Wolf than Mary Wollstonecraft. There are some up and coming transgender and trans inclusive Marxist Feminists, such as Alyson Escalante, but at this moment in herstory it is true that Marxist Feminists haven’t addressed these issues in full. Examining gender based oppression from a purely orthodox, 20th century Marxist Feminist framework will alienate trans and non binary comrades. It is crucial to be good Marxists and continually update our theories to match the needs and conditions of oppressed sections of the working class.

The core issue that a Marxist Feminist ought to have with Liberal Feminism is that Liberalism is just about representation and equality, rather than people’s economic needs. Liberals inherently prioritise idealism over materialism. Rather than creating genuine solidarity between oppressed women, it separates us into competing oppressions.

It does little to challenge the existing power structures that oppress the ability of queer people to flourish and to succeed. This is because queer people are more likely to be discriminated against in employment, or in access to housing or in healthcare systems. Liberal Feminists take an individualistic approach to feminism and it is this individualism that makes it difficult for them to see the underlying basis in capitalist society that restricts queer people from liberation. They will use the correct pronouns and give displays of “solidarity”, but at the end of the day, continue to support capitalism, an economic system that has enforced the oppression of queer people since it’s foundation.

For example, liberals constantly need to expand the vocabulary of gender identities in the name of inclusion, often however, at the expense of the material interests of queer people. If we assert that non-binary people need the approval of capitalist power structures in order exist, then we have already lost the struggle for queer liberation. The need to create categories of identity can only be a liberating political idea if, and only if, it’s a politically liberating act in the first place. This is the crucial contradiction within the Liberal Feminist school of thought, regarding gender.

The demand to “recognise my identity as being as *valid* as other identities” assumes that identity exists as a natural phenomena. For instance, in the demand that non-binary identity be seen as equally valid to man or woman as identities, there is the assumption that we aren’t being critical of the notions of man and woman in the first place. As Marxists, we have to be critical of the systems of gender between the masculine and the feminine, for the same reason we are critical of the system of class between the bourgeoisie and working class.

8th March 2018, Ruth Serwotka wrote an article for The Morning Star, entitled “Why do we need a new women’s movement?” In this article, contains the quotation:

“Support for the removal of same-sex exemptions from equality law, allowing those males who self-identify as women access to changing rooms, bathing facilities, hospital wards and domestic violence refuges is not a movement that shares an objective alliance with women’s interests.”

From the perspective of a Marxist Feminist, this generates a few issues. It denies the actual lived experiences of trans women and non-binary people. The whole idea of a women’s refuge is to create a safe environment for women that have been targets of specific oppression within patriarchal society. Trans women are not males who self-identify as women, we are women that face not only much of the same oppression that cis women face, but also specific forms of oppression directed at us, because we are transgender. The view that trans women are not female or feminine enough for women’s spaces concludes that trans women do not face the same type of misogyny that cis women do. The idea that there is something inherently non-female about the body of a trans women is reinforcing the binary gender categories that we ought to be seeking to dismantle. This view, held by the Socialist Feminist Network in the UK, as well as many in various Marxist-Leninist parties in the UK must be eradicated.

Trans women are women. Any other view denies the experience of an oppressed minority and their interests. The view that they are a threat to the rights of cis women or anyone else is a reactionary position, and is not a Marxist point of view. A principled communist and indeed person, should right alongside us in our struggle against patriarchy, prejudice and bourgeois capitalist ideology in all its forms.

1 thought on “Are All Marxist Feminists TERFs?”