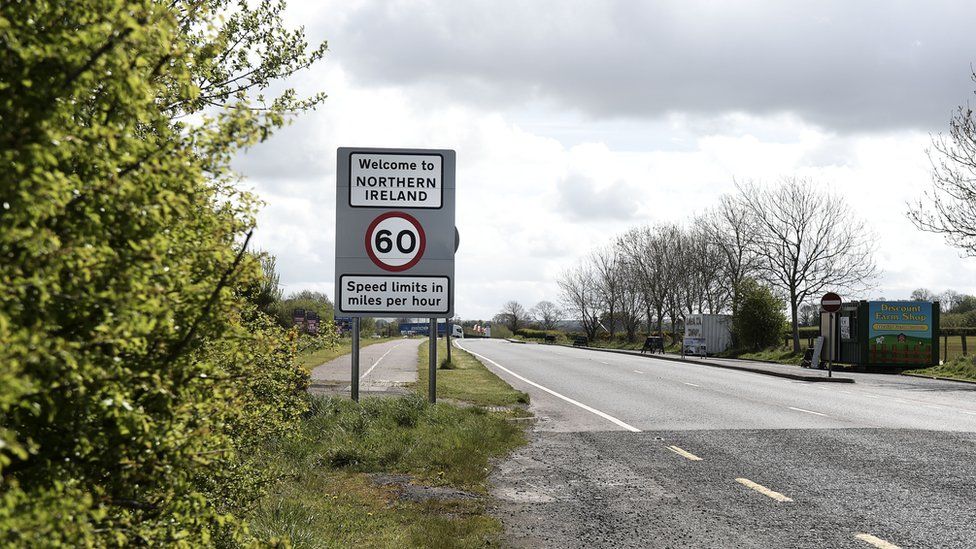 The spectre of a border poll is one of the cornerstones of post-Good Friday Agreement (GFA) politics in Ireland. Every so often a prediction is made that we’ll have one by a certain year; be it 2016, or 2030. We will likely see that trend continue. Socialist-republicans should see past this charade and recognise that a border poll is a dead end.

There are admittedly two different points at play here. One is that of a campaign for a border poll, and the other is the border poll itself. Whilst trying to minimise the back-and-forth overlap between points, this article sets out to say that socialist-republicans should not waste time campaigning for an uncertainty.

To begin with, it is worth recognising that unity is not equal to national liberation. This fact has been argued and established for over a century, articulated best by James Connolly:

“If you remove the English army to-morrow and hoist the green flag over Dublin Castle, unless you set about the organisation of the Socialist Republic your efforts would be in vain. England would still rule you. She would rule you through her capitalists, through her landlords, through her financiers, through the whole array of commercial and individualist institutions she has planted in this country and watered with the tears of our mothers and the blood of our martyrs.”

It is worth highlighting that if by some chance unity were to happen, it is doubtful if the “whole array of commercial and individualist institutions” would vanish, especially if the record of the  southern state is anything to go by. As such, a border poll is not an easy solution to the desire to “Get the Brits out”. Only a complete restructuring of the Irish economy on explicitly socialist lines could start the long process of the “reconquest of Ireland”.

However, that assumes that a border poll is even feasible. Any discussion about a border poll requires being informed about what the established mechanisms for such a poll are, as outlined in the GFA.

Aside from the general issue that the future of Ireland is determined only by a gerrymandered portion of it, even assuming that such a poll does result in a vote for unity, the outcome is ultimately dependent on being ratified by the British parliament. As such, any outcome would have to be deemed acceptable in Westminster. Hardly a genuine exercise in self-determination.

More significantly, however, is the part of the Good Friday Agreement – enshrined in the Northern Ireland Act (1998) – which regulates how a border poll is held.

“1. The Secretary of State may by order direct the holding of a poll for the purposes of section 1 on a date specified in the order.

2. Subject to paragraph 3, the Secretary of State shall exercise the power under paragraph 1 if at any time it appears likely to him that a majority of those voting would express a wish that Northern Ireland should cease to be part of the United Kingdom and form part of a united Ireland.”

“No Permanent Friends or Enemies, only Permanent Interests”

As we can see, there is no actual mechanism in place for people in the six counties to organise a border poll on their own terms. A border poll can only be held at the discretion of the unelected Secretary of State for Northern Ireland. As we can see over the last few years, the “quality” of these governors and their awareness for the territory they’re responsible for can be severely lacking. Not to mention that both the Conservative Party and the Labour Party have indicated that there will be no border poll for the foreseeable future.

More generally, there is no guarantee of what the actual outcome a poll would be. It will certainly not be a case of voting for unity and the north simply becoming part of the south by the end of the week. We can see this reflected in the rhetoric of those pushing for a border poll, saying how we should start planning for the outcome and having the discussions and so on.

As highlighted before, however, even if a poll happens it will ultimately be on the terms of the British state. Contrary to what a number of naive nationalists believe, and contrary to what Britain once declared, Britain does indeed have selfish strategic and economic interests in maintaining its control of the six counties. Some may point to the subsidies provided to the six counties as evidence it can’t sustain itself and Britain must be desperate to be rid of us.

However there is much more to economies than public spending. The north is certainly profitable for British companies, alongside their EU and American counterparts, with dozens of multinational companies (or their subsidiaries) being the most profitable in the north, seeing tens of millions in profits each year.  It should be remembered that even at the height of conventional colonialism, very few colonies were directly profitable for the states that occupied them, rather they were profitable for the capitalists and companies who operated in them.

In this situation then is it likely that Britain will simply hand over the six and walk off, abandoning its interests? Hardly. Aside from the general history of British imperialism to go off, we can see a specific example of how one British “United Irelander” envisioned unification; former Labour Prime Minister Harold Wilson. Some of the terms which he envisioned unification would occur under were;

As evidenced in the Brexit referendum, what people had in mind when they voted was undoubtedly very far from the real outcome. There is no use speculating on hypotheticals or what the exact terms of a border poll may be. Nonetheless, the issue remains that the idea of a border poll and how one may develop are two very different things, especially when it will ultimately be unity on terms agreeable to British imperialism.

The National Liberation Struggle will Continue

This neatly brings us back to the issue of national liberation touched on in the introduction. The issue of how to achieve national liberation and socialism is not one to be fully unpacked here. Any answer to that question with any degree of seriousness would be far longer than this article. Nonetheless, it is worth reminding ourselves what James Connolly said on the matter:

It is worth clarifying what this means in a concrete sense; anyone can back anything up with a quote after all. In simple terms, the struggle for socialism, for workers liberation (and all other struggles bound up with it), is dependent on a successful national liberation struggle to free the country of imperialism.

Similarly, any sincere attempt at claiming back Irish sovereignty after the “long usurpation” is dependent upon the reorganisation of society on socialist lines, for only under such a system can the Irish people truly control our destiny “from the plough, to the stars”, rather than our future being determined by the relentless pursuit of profit.

The last, and arguably most important part of that phrase is one that is frequently overlooked: “They cannot be dissevered”. It is not possible to achieve one without another. A border poll will not mechanically solve the problem of British imperialism and allow us to get on with socialism. No, an all-Ireland “Free State” (the probable outcome of unity from a border poll) would still require just as intense a struggle for national liberation. We would be operating under new circumstances, and adapting to them, but ultimately facing the same issues.

As communists, as those who are supposed to be the most forward-thinking and revolutionary activists in the struggle, we should be doing our utmost to link the class struggle and national struggle together. After all, Connolly himself had little time for the “gas and water” socialists who overlooked the significance of the national question.

To add, the position advocated has nothing to do with notions of a border poll being sectarian. While there would undoubtedly be increased tensions, it should be recognised that any serious moves towards national liberation – regardless of tactic – would undoubtedly inflame sections of the Protestant community.  Whilst every effort should be made to win over those who can be won over to a socialist-republican position, to pursue class unity at the expense of the national question with the aim of separating the two would be to make empty gains in the overall struggle.

I recognise that in saying this there are those who, out of genuine concern, will raise the fact that communists should meet people where they are at. In general terms, the majority of nationally-minded people see a border poll as being the only viable route to unity, and “national liberation”. In the rare event of a border poll being called then the question of engagement should not be off the table, dependent upon the wider conditions of the time.

However, going to where people are does not mean to tail behind them either. Communists should  aspire to build a broad working-class movement, and seek to win those of a pro-border poll persuasion into joining a movement that pro-actively seeks to build a Socialist Republic out of a mass-movement, rather than hoping on the whims of a foreign parliament to inch us towards one.

There are those who argue that revolutionary socialists should take part in a campaign for a border poll, so as to ensure that a socialist voice is not absent from the struggle for one. Whilst certainly agreeing that the working-class must be front-and-centre in any struggle for national liberation, I return to the prior issue of the terms on which a border poll will be held; on the terms of British imperialism.

As such, an all-Ireland movement must be built independently of any notions of a border poll – free to engage with one if deemed appropriate – but relying primarily on its own strength to mobilise people on its own terms. After all, to disavow campaigning for a border poll does not mean to disavow raising awareness of the necessity for unity and self-determination.

This article in no way  intends to suggest that British domination is somehow preferable to independence. However, the key difference between unity under a border poll and previous struggles for national independence is that a poll is – as stated – only allowing for independence as much as Britain will allow. This is of course in stark contrast to the revolutionary struggles of the past, waged for – and in defence of – a revolutionary, anti-imperialist Republic. We have spent the last century on a “stepping stone” to freedom, we must be very careful not to simply jump to another..