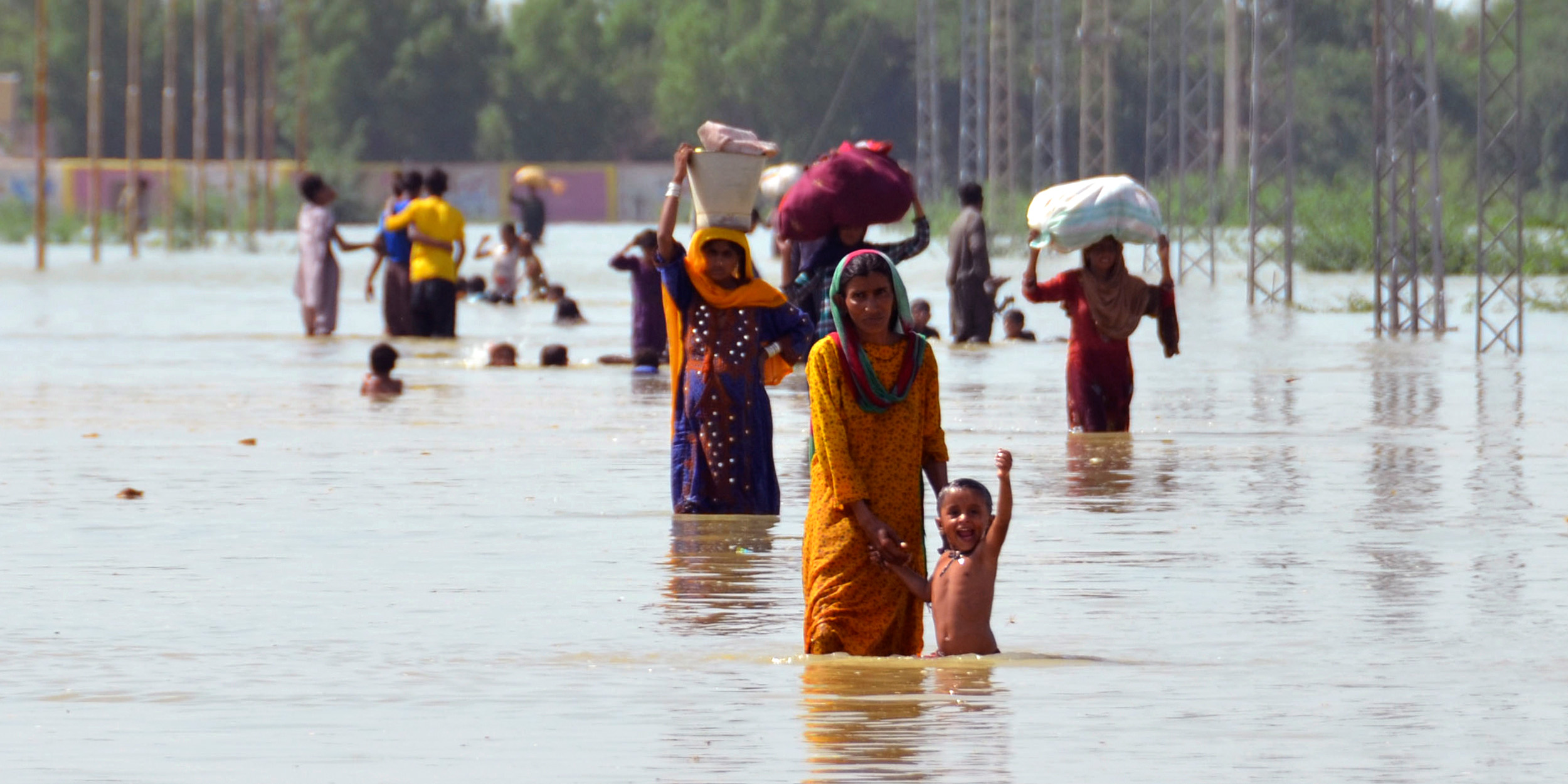 Flooding in Pakistan has left one-third of the country underwater, with 1,200 people dead, and thirty million internally displaced. The country’s climate minister has called it a “climate-induced humanitarian disaster of epic proportions”.

Since June, massive flooding in Pakistan, 10 times the normal amount according to the European Space Agency (ESA), has exacarbated the already dire climate and political situation in the country.

Despite only being responsible for approximately 1% of global carbon emmissions, Pakistan is in the top 6 countries most at risk from climate disaster.

The immediate destruction of the floods is not the only issue facing the country as a result. The destruction of farmland in the affected regions will worsen an already critical food shortage, with wide-spread hunger expected as a result. On top of this, a very real danger exists that water-borne disease will spread among those displaced, leading to a possible epidemic in the country.

The severity of the present crisis is a warning to other nations of the climate catastrophes that wait down the road. Even if carbon emissions were curbed, it is expected that floods of this severity are six times more likely to occur in the sub-continent.

The imperialist nature of the crisis cannot be stressed enough. As mentioned above, Pakistan is responsible for a paltry amount of global carbon emmissions, and yet is suffering an unprecendented disaster. The culprits, the capitalist economies of the global north, while seeing an increase in their own climate extremes, have seen nothing of this gravity. Unless firm action is taken to combat climate change, it is the people of the global south, who already suffer so much as a result of imperialism, who will bear the brunt.