Irish politicians have for years pushed the idea that politics is for those in-the-know and the average Joe Soap is a mouthy gobshite who comments on political events like he would a football match. In the Dáíl simple solutions aren’t often proposed to easily solved problems because “it just doesn’t work like that”. Capitalism has wrapped its daily failures up in a shield of bureaucracy and esotericism and implemented a system of checks and balances to make the system as inaccessible and confusing as possible to me and you.

Irish people were informed this week of their great victory over the European Commission’s decision to force the Irish government to accept the €14.3bn (€13.1bn tax plus €1.2bn interest) from Apple that’s currently sitting in an escrow account.

Despite this apparent historic victory for Irish sovereignty, there was nobody celebrating on the Walkinstown roundabout or greeting the Government’s legal team with an open-top bus parade through Dublin.

The verdict means that the European Commission will not be penalising Apple by forcing it to pay for what is effectively State-sponsored money-laundering in order to avoid paying tax.

Apple exists in Ireland through two companies, Apple Sales International (ASI) and Apple Operations Europe (AOE) which are both tax-non resident. Apple were able to use these companies to launder profits that accounted for European sales and pay tax on only the Irish sales. This was done via “head offices” of these two companies which existed only on paper. Effectively, the Irish Government was facilitating a deal where Apple was not paying the already far-below-average 12.5% corporate tax rate, but an effective rate of 1% in 2004 dropping to 0.005% in 2014.

This means that, for example, instead of paying the €3.2bn in tax owed on its European sales in 2014, Apple would only have been required to pay a measly €16 million. To put that into perspective, this could’ve been used to build 16 children’s hospitals like Alder Hey Children’s Hospital in Liverpool (or 1.6 Irish children’s hospitals), in one tax year alone.

Of course it’s important for us to understand that the EU isn’t chasing Irish tax dodgers for the good of the Irish people. European sales require a European cut, and the EU is just making sure they get theirs. The EU also wants to ensure that German and French capital remain supreme in Europe, and to ensure Brexit doesn’t inspire other “uppity” nations to jump ship and throw their lot in with American capital instead.

The EU and Apple aside however, it is amusing to see the same party who, just weeks ago proposed a commemoration of the bloody Black and Tans, invoke patriotic notions of our national sovereignty being compromised in order to increase the profits on American capital and keep our status as chief European lapdogs. This mentality of fighting for scraps, bootlicking and kowtowing to Yanks (and the EU on other issues) stinks of a servile mentality of a people still colonised (at least mentally).

While the Establishment pisses away worker’s money the rest of us are being geared up for another round of crippling austerity in the wake of the COVID-19 crisis. Government ministers have been emphasising the need to return our economy to a pre-COVID state, especially with the additional “burden” of €30bn in COVID-19 emergency payments. Workers are well aware that this only means one thing. Cuts. It’s important now more than ever that we build a genuine resistance and threat to this neoliberal hellhole, where workers are left to rot while they pay more relative tax than global super corporations, and are given two fingers by the State for the pleasure.

As our namesake, James Connolly once said “our demands most moderate are, we only want the earth”.

How the United States Inspired the Holocaust 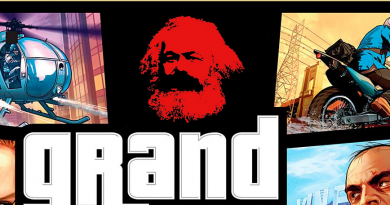