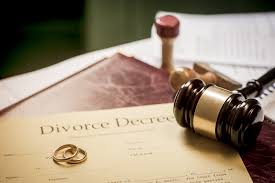 We, the Connolly Youth Movement support the YES vote in the upcoming divorce referendum on Friday the 24th of May 2019,  currently, the law according to the constitution of the twenty six mandates that a married couple must be separated for four of the last five years to be granted a divorce, if the yes vote were to win, the oireachtas will then have the power to shorten this period to two years, while not perfect this is a far more preferable state of affairs, we believe this because we view it as an unnecessary invasion of privacy to have to prove that you have been separated for four of the last five years. This makes mutual divorces unnecessarily complex and poses many problems for someone facing domestic abuse from their spouse.

Under the current, church-led restrictions, children and young people are often victims, emotionally and sometimes physically, to a prolonged ending of their parents’ romantic relationships. Changes within a household while growing up can cause hardship that is long felt into adulthood, a YES vote would hope to reduce the timeframe of possible harm to young people.

We implore our supporters to vote YES on Friday the 24th of May.

1 thought on “Connolly Youth Movement statement on the divorce referendum”