On the 19th of August, the Peadar O’Donnell Socialist Republican Forum will be holding an event to commemorate Wolfe Tone and the United Irishmen in Bodenstown, Co. Kildare. This will be the second annual event hosted by the forum with several political parties and organisations, women’s groups, youth organisations, cultural and sporting bodies coming together to remember the father of Irish democracy. It’s worth looking briefly at some aspects of Tone’s life and beliefs, so we can learn for today and take the struggle that he began forward.

Wolfe Tone was born into a middle-class Church of Ireland family, where he had a comfortable upbringing and attended a private school. While studying in Trinity College, Dublin he developed his democratic instincts. Ireland at this time was under the anti-Catholic Penal Laws and was predominantly agrarian, land was the main means of production and this was overwhelmingly controlled by landlords and middlemen that kept Ireland safe as a colony of Britain. Secret, oath-bound peasant societies such as the Whiteboys functioned as a type of early agricultural union, but there was not yet a strong ideology to bring together people in struggle. However, the French Revolution of 1789 established the principles behind republicanism: Liberty, Equality and Fraternity. Almost two thirds of the city of Belfast turned out to celebrate the revolution.

Thomas Paine’s famous book The Rights of Man was a defense of the principles of the revolution, and a counter to conservative Edmund Burke’s attack against it. This was the beginning of the division of politics into left and right wing. Paine’s book was a best-seller in Ireland, selling over double the copies it did in England, and influenced Tone massively. He wrote in his autobiography that “in a little time the French Revolution became the test of every man’s political creed, and the nation was fairly divided into two great parties, the Aristocrats and the Democrats…It is needless, I believe, to say I was a Democrat from the beginning.”

Tone believed at this time that English domination of Ireland was the great tragedy of the country, and in opposing it parliamentary reform was needed, reform which was also to include Catholic Emancipation, a point which was controversial at the time. In 1791, Tone wrote his famous pamphlet An Argument on Behalf of the Catholics of Ireland where he urged the unity of Catholic with Protestant and Dissenter (Presbyterian descendants of Scottish colonists):

“That they (Dissenters) and the Catholics had but one common interest and one common enemy; that the depression and slavery of Ireland was produced and perpetuated by the divisions existing between them; and that consequently to assert the independence of their country, and their own individual liberties it was necessary to forget all former feuds, to consolidate the entire strength of the whole nation, and form for the first time but one people.”

The same year, Tone, along with Thomas Russell, Napper Tandy and others formed the United Irishmen in Belfast. It was a democratic organisation, mostly led by Presbyterians, based on the principles of the French Revolution and Thomas Paine’s book, and in the first issue of its paper The Northern Star, gave a favourable review to Mary Wollstonecraft’s Vindication of the Rights of Women. The paper also highlighted the boycott campaign of tea and sugar in support of the struggle against slavery. The United Irishmen grew rapidly into a mass movement, at their peak just before the 1798 Rebellion, having hundreds of thousands of members.

Tone set out the main objective of the United Irishmen, and in so doing, established the basis for Irish nationhood:

“To subvert the tyranny of our execrable government, to break the connection with England, the never-failing source of all our political evils, and to assert the independence of my country – these were my objects. To unite the whole people of Ireland, to abolish the memory of past dissension, and to substitute the common name of Irishman in place of the denominations Catholic, Protestant and Dissenter, these were my means.”

The movement also had an economic dimension, its chances of success resting on what Tone called “that large and respectable class, the men of no property.” Jemmy Hope, one of the most radical of the United Irishmen, said that:

“It was my settled opinion that the condition of the labouring class was the fundamental question at issue between the rulers and the people, and there could be no solid foundation for liberty, till measures were adopted that went to the root of the evil, and were specially directed to the restoration of the natural right of the people, the right of deriving a subsistence from the soil on which their labour was expended.”

Tone sought help from the French, who were then at war with England, but this faced obstacles and the desperate United Irishmen rose in 1798, but without help from the French who, while sailing to Ireland with Tone in their fleet, had to return after encountering bad weather. The French succeeded at landing a second time, but the damage had been done to the rebellion, and the French were themselves defeated. Tone was captured and sentenced to death by hanging. In this sentence, the British had not recognised his status in the French military, and Tone, in protest cut himself in his cell, dying in agony. The first in a long line of Irishmen whose political status was denied.

Tone’s objective of an independent Ireland has still to be realised. The Irish people, Catholic, Protestant and Dissenter remain divided in a partitioned Ireland. Republicanism in Ireland remains relevant and necessary, with Tone’s original conception being updated by figures such as Emmet, Lalor, Davitt, Pearse, Connolly, and Mellows throughout the decades.

The importance of not just a united, but independent Ireland is of relevance today where the argument over Brexit has led some republicans to call for a united Ireland but within the European Union. On receiving French assistance Tone wrote that “I, for one, will never be accessory to subjecting my country to the control of France, merely to get rid…of England.” Today, the Irish people are triply marginalised, having little influence in Dublin, London or Brussels, with only a truly sovereign people able to exert the “unfettered control of Irish destinies” in the words of the Proclamation of the Irish Republic. James Connolly wrote in his Labour in Irish History

“It will be thus seen that Tone built up his hopes upon a successful prosecution of a class war, although those who pretend to imitate him today raise up their hands in holy horror at the mere mention of the phrase.”

We commemorate Tone in order to learn from his life and work, not simply to turn him into another historical figure to be paid homage to annually. Tone’s struggle for an independent and sovereign Ireland, that encompasses all those resident in Ireland, is still the main demand of revolutionaries in Ireland today. Tone embraced the most radical and revolutionary politics of his time and the best way to honour him and the rest of the United Irishmen is to take the path of socialist republican struggle – the most revolutionary politics of our time. This means challenging the material basis of oppression today, namely, imperialism – the highest and most developed stage of capitalism. Imperialist domination of Ireland today entails several forms: partition and sectarianism in the British-occupied north-east of Ireland; the control of the European Union, representing  powerful German and French finance capital, and acting in their interests against the interests of workers, not just in Ireland, but across the EU; the erosion of Irish neutrality and the continuing use of Shannon Airport by the US imperial war machine, as well as the further incorporation of the southern state into initiatives such as PESCO and NATO’s “partnership for peace” program; the southern economy being dependant on multi-national corporations, with precarious work and casual employment keeping the working class  alienated from the wealth that is produced by our labour and toil, as well as emigration used as a safety valve for exporting dissent. In order to truly live up to the principles of Tone and the UIM, the left needs to keep in mind the radical legacy and role of the national side of the Irish revolutionary struggle, and provide a transformative political strategy for our class, for a workers’ republic, with a public housing service, a public health service, all-Ireland planning and the ownership of our natural resources. Socialism is the future, build it today. 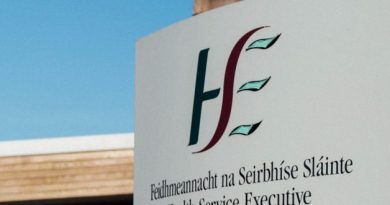 How the Welfare State Neutered Revolution in Europe