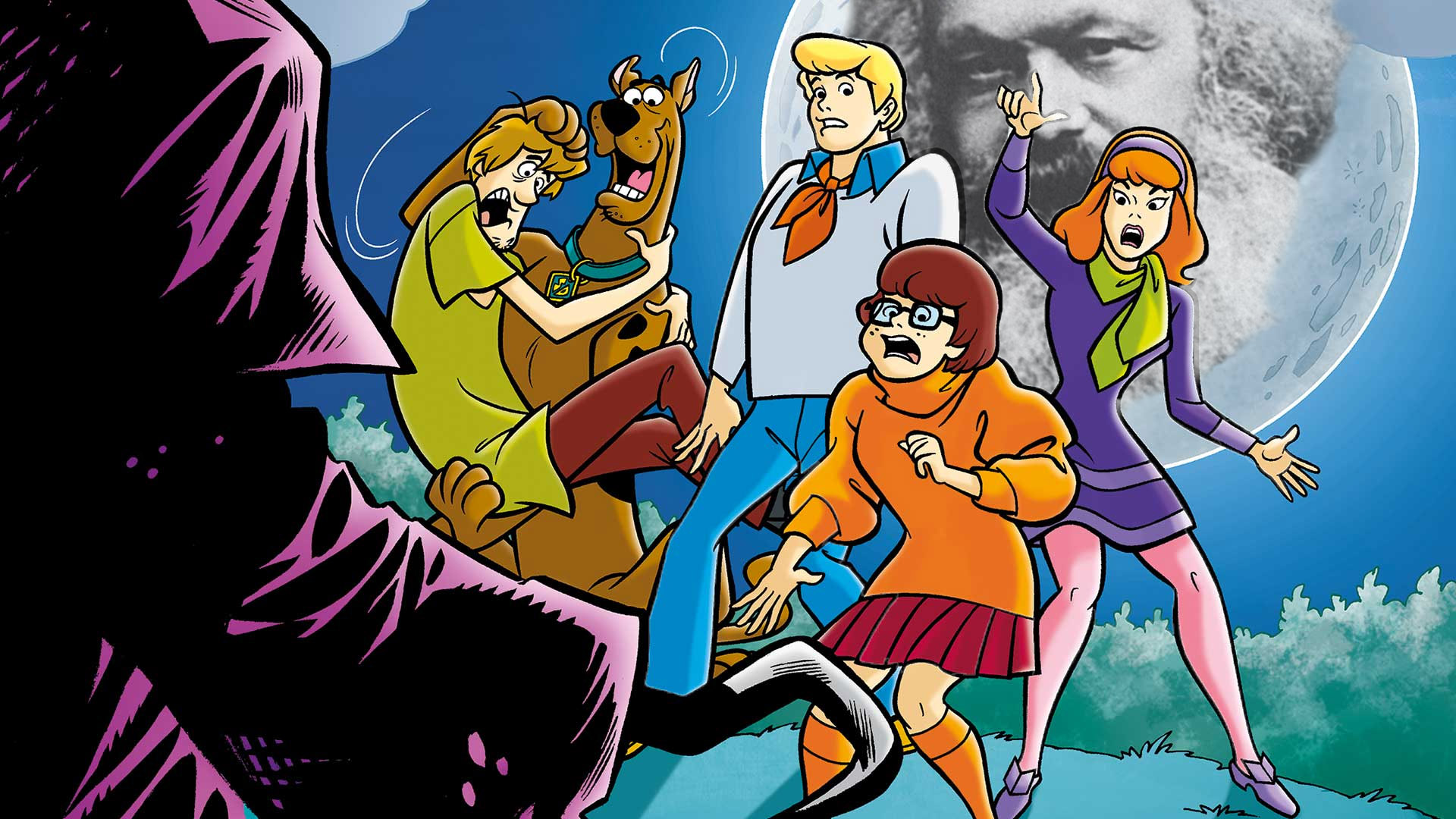 Scooby Doo is ultimately a materialist portrayal of the world. The protagonists, a group of travelling young people without a fixed home or source of income, are frequently confronted with ghosts and ghouls. These spectres are never the superstitious incarnations which they at first seem to represent, but are always contrived in order to hide deeper mechanisms and ulterior motivations. These are a representations of religious veils, of the axioms of neoliberal ideology, and the tense uncertainty underlying the post-Fordist communities that permeate the symbolic world of Scooby Doo. The gang always experiences a moment of revelation and catharsis at the end of each episode when they discover that these phantoms of their imagination were actually financial actors working within the chaotic environment of late capitalism. Property developers trying to scare off a community to invest more easily and redevelop the land into a profitable venture. Investment bankers trying to frighten a rival out of a potential acquisition. Gangsters exploiting abandoned post-industrial areas for illegal activities.

Our worst fear in Scooby Doo is not that we may be confronted with our demons, but that our demons may be already existent in the daily economic reality we are forced to participate in. Scooby Doo is a solidly Marxist and materialist analysis that owes much of its sensibility to Lenin and Marx.

The fundamental message of Scooby Doo lies in the hidden class implications behind our daily assumptions, in our “common sense” of what endangers us. These class based values justify and evade recognition of the status quo, and keep us forever running until we learn to turn around, entrap them in their own physicality, and interpellate them as solid entities. The reproduction of value systems through these falsities is suspended, and we see an emancipatory and genuinely revolutionary moment that can unveil their true driving forces. At this moment, the fear which enabled their seemingly primordial and preternatural powers is shown to have been a spook, or as Mao would have called it, a paper tiger. FT.

2 thoughts on “Scooby Dooby Doo, Why Are You? — A Marxist Analysis”