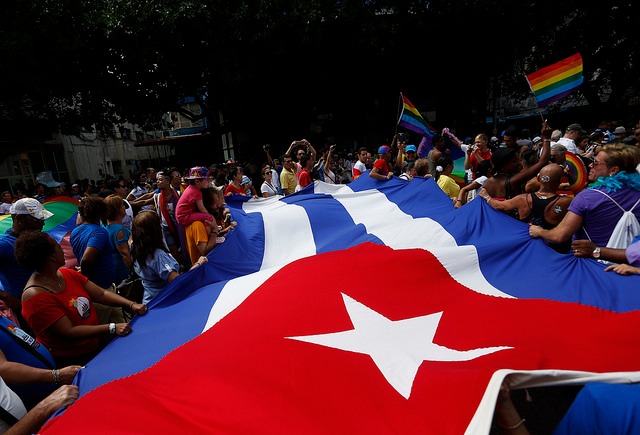 We would like to offer our deepest and most sincere congratulations on the passing of the Republic of Cuba’s new Family Code. It is a truly inspirational moment to not only those of us here in Ireland, but all our comrades around the world who are striving for a truly humane and dignified future in the face of extreme reaction and imperialism.

The updated family code provides legal recognition to the definition of the family. While this has existed in the everyday lives of Cubans prior to the referendum, it did so without the protection of the law. The most notable example of this is of course marriage equality, which we here in Ireland have long struggled for ourselves, especially in the occupied six counties. We would like to express our awe at the protections, rights, and dignity the new code provides to all Cubans, impossible to imagine under capitalism. The banning of commercial surrogacy while recognizing the need for surrogacy, prevents the exploitation of pregnancy for profit and places the emphasis on choice and bodily autonomy, not on economic factors and the exploitation of desperate people.

Cuba has shown the Global North and the so-called ‘liberal-democracies’ what a truly participatory and democratic process looks like. We applaud not only the landslide “Yes” vote of 66% and the high turnout of 74%, but the entire consultation process through the efforts of the Committees for the Defense of the Revolution. Since the early days of the revolution, they have created truly mass politics, with more than 8.5 million Cubans participating in the process of revising the document through more than 79,000 neighborhood meetings across the island, in much the same way as the 2019 referendum on the republic’s constitution was conducted. We can only hope that through revolutionary action and even 1/100th of the resolve that the Cuban people have shown in the face of challenges like the illegal blockade, US sponsored terrorism or the hard years of the Special Period, that we in Ireland can have a similar mass movement to bring freedom to our island.

We reiterate the true awe the Cuban project inspires in our hearts.